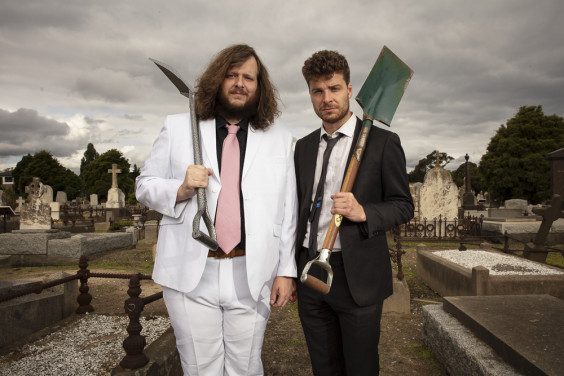 1. Blake Everett and Oliver Coleman are two established comedians in their own right, but have decided to join forces to become the best comedic duo since Neil and Tim Finn.

2. They just received a 5 star review for the Adelaide Fringe run of their show. Blake has been getting 4 star reviews as a solo act for years, turns out all he needed to do was team up with a 1 star comedian.

3. It’s the only show about shovels at the Melbourne Comedy Festival, this year or any other year. Except for Wil Anderson’s 2017 show Wil it Shovel?

4. It’s not stand-up. Sure, go see some conventional stand-up comedy, but don’t forget about the weirdos! It’s late-night “absurdity that manages to keep its audience in stitches from start to finish” (The Advertiser).

5. If you come to the show Blake and/or Oliver will give you a snack (please pass on any dietary requirements to blake@shovelbrothers.com)