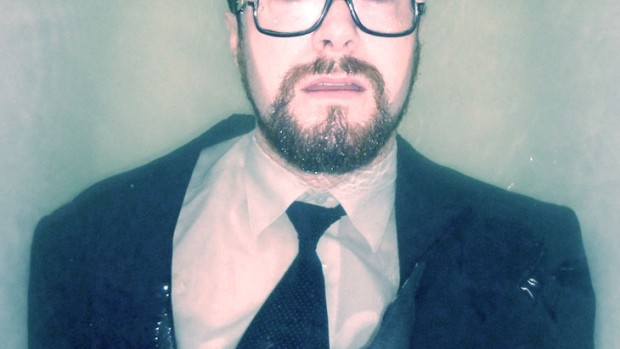 Entering the small Locker Room at the Portland Hotel, you are faced with the most confronting scene EVER used to open a comedy show. The audience squirms in the awkwardness until Simon Keck finally breaks the tension with some light comments from his precarious position. Thus begins Nob Happy Sock (this strange title is explained in the closing moments of the hour), a show about depression and a suicide attempt.

This is the second show I’ve seen this festival that has dealt with the topic of depression and they couldn’t have been more different experiences. Ruby Wax’s comic lecture almost has a clinical air to it (she has a degree after all!) as she tells rather sanitised tales of her episodes to make it light-hearted enough and palatable to a wide audience.

Simon however presents a much grittier show, detailing his unfortunate personality traits and a series of events that lead to his failed termination. It is at times punishing in its detail but has enough witty lines to contrast. The humour often has a very dark twist in its tail so be prepared for some nervous laughter (his tendency to make inappropriate comments is covered in the story so he uses this to full effect) but this brilliant word-smith also spouts humorous lines about lighter fare.

There is a fair wack of self-deprecation in the humour Simon uses but it is not to such an extent that it paints him solely as a sad sack. He tells some wonderful tales that paints him as foolish but his journey goes beyond introspection. He has enough comedic venom to fire some shots at those around him as well as a flawed society. This helps us to empathise as we recognise some similarities in our own experiences and gets the help seeking message across.

This is a brilliant show that raises awareness about an important issue. He deserves much kudos and a pat on the back for creating something so personal. Don’t feel too awkward about giving Simon a big hug after the show, many others have felt the need to do so.

Nob Happy Sock is on at The Portland Hotel