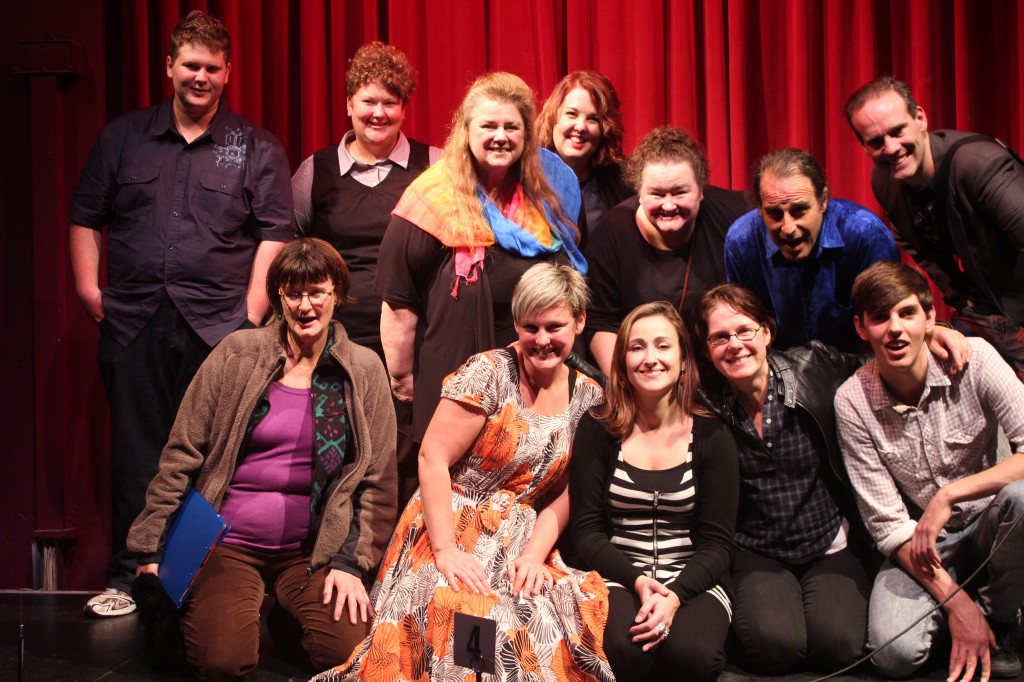 Exit Laughing took place on the day after the Melbourne International Comedy Festival finished and when it became clear the night was about the culmination of a comedy training course by Robert Grayson, I thought it would make sense to critique the process rather than purely the comics on the night.  For that reason I stuck around with him at the end and got him to share parts of the process.  I was impressed by his approach

Robert Grayson is a New York steeled stand-up comic who has turned teacher. He now runs short to medium length training programs which are designed to get anyone ready to deliver a set.  In fact, he can count Damien Power and Mel Buttle as previous students.

Running over 6 weeks, it contains a mixture of group work and one-on-one tuition. During the starting phase, ideas are cultivated and writing skills are worked on. From there, they gain experience on the mic and support from the teachers.

The overall objective of the training is to perform the first set at the Exit Laugh graduation night. This night contains every open mic’ers dream first gig in front of a supportive crowd of family and friends. Grayson played the MC role and set the scene initially by explaining – with a smile – that, “This is an adult comedy night, if you’re likely to be offended it would be best to f*ck awf now”.

All members of the group (Helen Henry, Triona Desmond, Kathy Ward, Andrew Kelso, Janet Kelso, Pauline Sherlock, Petra Kelly, Ross Barnes, Janelle Kaloudis, Peter Cook, & Kirsty Webeck) displayed great ideas and made the crowd laugh regularly throughout their performances. Particular credit goes out to Triona Desmond who captured the audience’s attention with her carefully delivered set. Once she “squares this one away”, this routine would kill in any English speaking comedy room.

Grayson says that this sort of training is ideal for any comics who want a bit of polish before they hit the open audience. He tries to sharpen their language skills, teach them how to be themselves on the stage, and take their focus off fear. He also stresses the importance of letting go and willing yourself to get into a “vulnerable” state.

If any aspiring open mic’ers are interested in getting some formal training before getting on the stage, this could be a good course to consider.