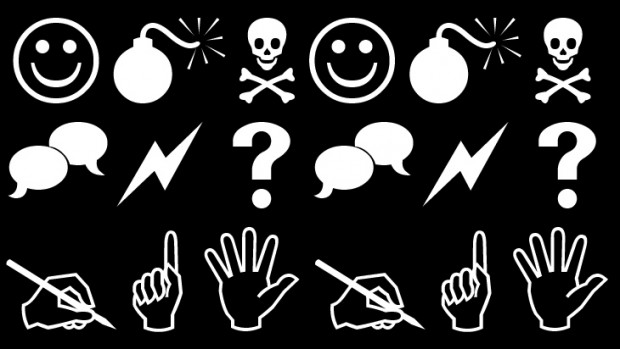 Have you ever watched a stand-up comedian perform and thought to yourself afterwards, ‘I could do better than that’?

Well now is your chance to give it a try. The First Five is a comedy workshop for those wanting to learn the art of the stand-up. Hosted by Melbourne comedian Lauren Bok this is an hour during which participants are shown mike technique, the building blocks of a joke, how to turn a mundane situation into something absurd and how to think like a comedian.

Oh – and if you attend you must perform.

To begin each member of the group is asked to stand and tell the others their name, what they ate for breakfast, something which they dislike and something which they like. Then they have to repeat that on stage from behind a microphone. This exercise is a great ice-breaker and helps to get everyone relaxed with one another and comfortable with the stage.

We are then given advice on stage presence, delivery and how to relax. One of the key factors mentioned is economy of speech; particularly relevant to myself as I can ramble on a bit as may be obvious from my reviews.

Next is the joke development section where we were asked to select pieces of paper from four buckets containing different topics, feelings, questions or phrases with blank spaces to be filled. These formed the seeds of our acts and we wrote ideas down, discussing them in small groups before performing.

I should point-out at this stage that my wife had accompanied me under the impression that she would simply be observing. So to discover that she too was expected to perform was a bit of a surprise.

But we both performed and managed to get some laughs from those in the room. This is where the great potential for this workshop lies – in encouraging not only those who wish to enter stand-up, but those whose professions might involve presentations at meetings or conferences. This is the sort of workshop which encourages participants to develop ideas outside of the normal parameters and would be invaluable to someone in a dry profession who has to attend conferences and speak.

Lauren Bok makes a fine mentor and is always on hand to offer advice throughout. The workshop itself works best with small numbers as the time is limited and there is a lot to get through, but I highly recommend it to anyone wishing to hone their stand-up skills

The First Five is on at the Imperial Hotel until April 12
http://www.comedyfestival.com.au/2014/season/shows/the-first-five