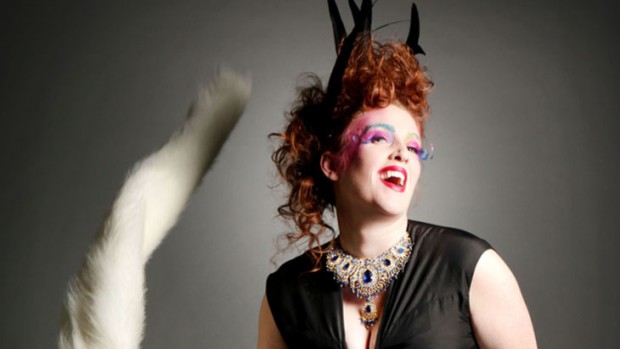 Geraldine Quinn is the black sheep of her family. While she is currently unemployed and unattached, pursuing her career in the arts, her siblings have all paired off and produced children. This makes Quinn the cool older aunty to 19 nieces and nephews. Nineteen. In MDMA: Modern Day Maiden Aunt, Quinn relates her struggle to be seen in a society where ‘older’ women are invisible, be there for this horde and perhaps most importantly, educate them about David Bowie.

Quinn’s voice is absolutely stunning. There’s not a dud among the songs she has composed for this show. The lyrics are sharp-witted, even when they’re spelling out curse words. The melodies are catchy enough to hang around in your head well after the show is done. There may not be many out there who have families as big as Quinn’s, but this doesn’t make her material any less relatable. A song about distant acquaintances banging on about their babies on Facebook could have been written about anyone’s feed, I’m sure.

As a production, MDMA hits all the right notes. Quinn’s costume, made by Sam Bolton, is perfect – its over-the-top theatre glamour contrasts so beautifully with Quinn’s drunken staggering and Ziggy Stardust-eqsue eye make-up. Justin Hamilton has done a fabulous job of directing. The lighting and sound do just what they need to to enhance Quinn’s performance, whether it’s stadium-style rock opera flashiness, or a deft touch that takes a song about invisibility to an entirely different level.

MDMA: Modern Day Maiden Aunt is an uproariously cynical portrayal of singledom and a loving ode to Quinn’s nieces and nephews – even if they’re too young to see it. Quinn is both powerful and vulnerable, scathing and sweet. If you’ve ever been asked when you’re going to get a proper job or settle down and have kids, you have to go see this.