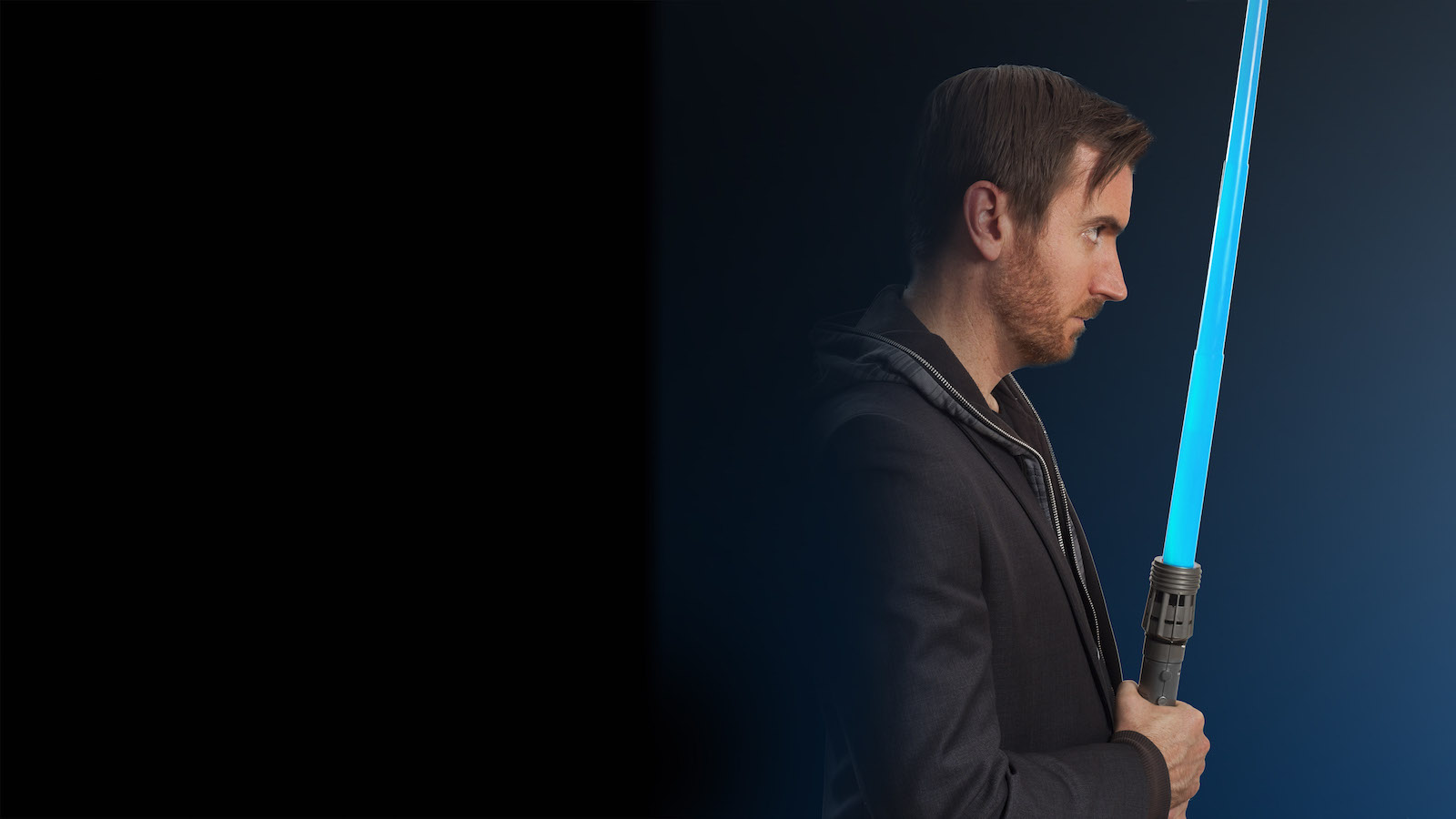 5. It’s Episode III of my Nerd Trilogy. This is the final part of a long journey that started in 2010 with my first ever, solo show A Study in Scarlet (A Study of…) about my obsession with Sherlock Holmes.

That show was a hit and lead me into following my next obsession, Doctor Who with my next solo show Who, Me.

To be honest I’ve been avoiding working on Episode III because of how daunting it is to look at the colossus that is Star Wars and now it’s been so long between shows I’m afraid this show might become the Godfather III or the A Good Day to Die Hard of my Nerd Trilogy.

To put your minds at ease I don’t have Sofia Coppola in this show, neither have I set it in Russia…so we should be alright.

4. It was co-devised with David Innes. Mr Innes and I have been playing silly buggers together for about two years now. The input of Mr Innes with The Heart Awakens has been crucial, he helped me find the structure and sense of humour of this piece but most important of all…the heart.

3. It’s directed by Lliam Amor. I’ve known and admired Lliam for years as a supremely gifted actor and improviser. I’ve desperately wanted to work with him on a show of mine for ages. He has a keen understanding of character, genre and story…all perfect for a director. Plus he is very tolerating of nerds, so he creates a safe rehearsal space.

2. It co-stars Jennifer Speirs, who is a hugely talented actress and a massive Star Wars fan! (I mean her favourite character is Lando for god sake! How awesome is that!?!) I’m really excited to be working with Jen, she has an amazing energy and an enthusiasm that is totally infectious. We haven’t stopped laughing during rehearsals. In The Heart Awakens Jen has the responsibility of playing two important figures in my life, I’ve been impressed with her commitment and devotion to both characters. I can’t wait to show you what she’s got.

1. It’s Star Wars! I mean seriously…how awesome is Star Wars? All us die-hard fans have sat through the good, the bad and the Jar Jar but we’re still here. It’s been a massive part of the geek world for over 35 years but it is also a major part of mainstream culture. Even if you haven’t seen the films, you know the characters, the lines, the weapons, the costumes, the relations and the stories. The story of this show in particular focuses on what if being a fan of something was kind of like a love story and how would that play out? So even if you don’t get the fleeting specific references, everyone has had a first love…

Rob Lloyd: The Heart Awakens is on at The Lithuanian Club