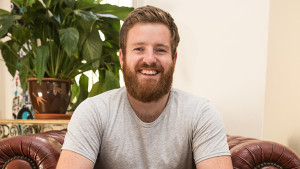 Nick Cody has been doing stand up since he was 18, now 10 years later down the track he’s a seasoned performer who has had sold out shows across Australia. Making waves performing at the Montreal Just For Laughs Festival and the New York Comedy Festival, Cody now brings his latest show Come Get Some to the Melbourne International Comedy Festival.

Cody’s relaxed approach and friendly demeanour break downs any wall between himself as a performer and the audience. It feels more like a chat with a really funny bloke at a party, which is a testament to his natural skill in comedy.

Cody’s unique take on relatable topics keep the show interesting and fresh.
His experiences are the backbone of the show, drawing from tales about his girlfriend, moving house and life on the road overseas.

The show demonstrates how grounded Cody is. He is likeable and engaging.
On hearing a woman’s quirky laugh in the audience, Cody makes a few innocent and encouraging cracks and then moves on, remaining affable showing he doesn’t need to steep low just for cheap laughs.

Head along to see Nick Cody, he’s personable and pleasant. You’ll be sure to enjoy yourself.

Catch Nick Cody’s Come Get Some at ACMI during Melbourne International Comedy Festival until April 17th.