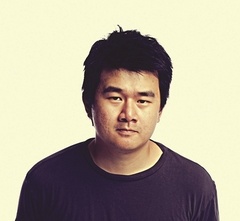 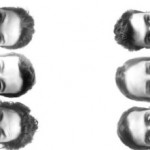 In their Comedy Festival debut the Driving Monks Productions team present a random collection of sketches incorporating video, song and dance, and plenty of broad humour. The adventures of various socially maladjusted types are the order of the day. A majority of the scenes trade on being silly for the sake of it which does nothing to detract from the enjoyment; just don’t go looking for deeper meaning.

Many scenes tend to outstay their welcome and end on a whimper rather than a bang, often making the clearing of the stage a signal for the audience to applaud. The ideas were great and get some healthy laughs but they often push the same joke a little too far. The filmed segments in particular suffer from this problem; acting as a time filling device while the cast set up rather than a punchy piece of comedy. For example, a video about a Kiwi gang of youths was essentially several minutes of mocking the New Zealand accent. Occasionally they buck this trend by misdirecting the audience to go to hilariously unexpected places and presenting some short but sweet bits which are a delight.

A minimum of costuming and props were used to bring the scenes to life. It was interesting that they chose to dress up the weirdest character in each sketch elaborately while keeping everyone else in black; not only reducing changeover times but directing our attention to the most colourful aspect of the sketch.

Coming primarily from theatre backgrounds, the cast sell the performances with gusto. They put in all the necessary physical and vocal exaggerations to portray a large range of bizarre and grotesque characters. They make use of the small space well with their economical but expressive arrangements.

Almost half of the sketches feature characters seated on chairs, making it difficult to catch all the physical nuances from the back of the room. Put aside your Front Row Phobia so that you can see all the action ( however some neck craning may still be in order as the video screen is located perpendicular to the stage due to space constraints ) and prepare for an entertaining albeit padded hour of sketch.

The Upstairs Mix Up is on at Fad Gallery.