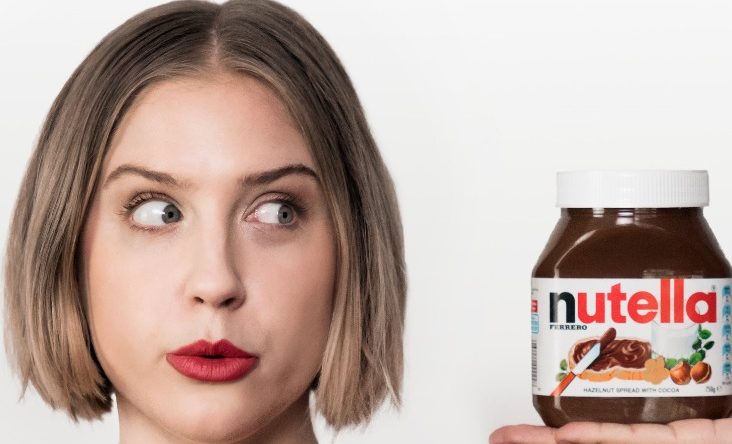 2. Ok, if more needs to be said then…. Boys Taste Better with Nutella is performed by award-winning duo Caitlin Hill and Peter Wood. Hill is a theatre, film and television actor as well as one of the first Australian YouTubers. She currently has a new show, Snacks & Facts, and even did an episode on Nutella. Wood is an Australasian actor, dancer and performance-maker whose work focuses on LGBTQ+ issues with Asian-Australian influences. Hill and Wood are so funny and so genuine as performers that audiences are laughing one minute and crying the next.

3. It gets pretty messy! There is a lot of Nutella and rain of fries. If you want to see an hilarious, heartfelt and slightly sticky show with your friends, come to Boys Taste Better with Nutella.

4. Boys Taste Better with Nutella is part theatre, part comedy and centres on best friends Aggy and Frederick. Aggy and Frederick may be self-loathing, socially anxious and addicted to food, but that’s just the tip of the iceberg. With Aggy once again falling for the wrong guy and Frederick’s most fulfilling connection being with his internet provider, they review the best (and worst) moments of their past relationships. Using hilarious observations and kitsch dance moves, it is described by producer and co-director, Kristen Maloney, as Fleabag meets a tub of Nutella and So You Think You Can Dance.

Boys Taste Better with Nutella is on at The Melba Speigeltent Collingwood.