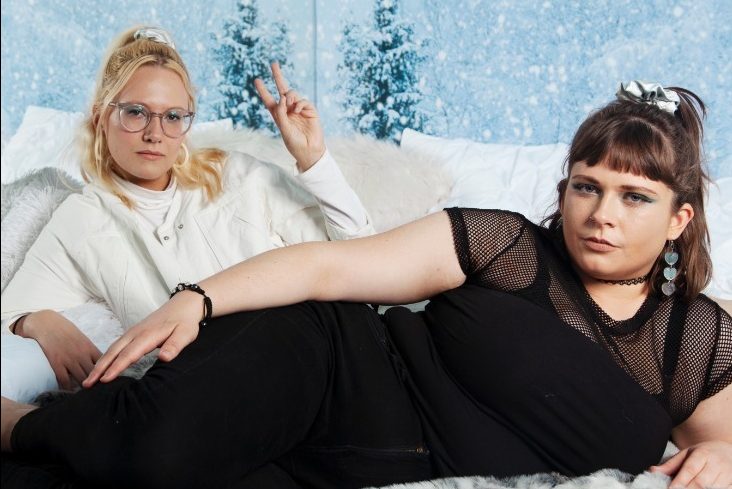 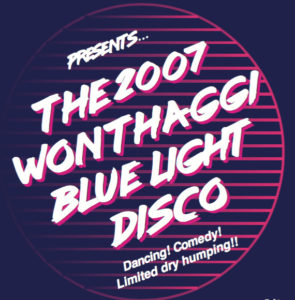 The 2007 Wonthaggi Blue Light Disco is a bright and boisterous sketch comedy clearly written from experience by Jordan Barr (RAW Comedy 2018 state finalist) and Josh Gardiner. It is beautifully performed by Alex Cooper, Izabella Yena and Jordan Barr. I was astonished to learn that Blue Light Discos still existed in 2007 with teenagers playing out the same rights of passage as when I attended, many years earlier. I mean kids were STILL dancing the Nutbush?! But then, this was Wonthaggi.

The venue inside Belleville, a small dance space with a spiral stair leading to a platform and a mirrored wall, was well suited for the setting of the show and the show itself was perfect for the venue. Belleville often has the problem of sound bleeding through to the performance space from the bar, but that was the exact vibe of this rowdy show which had its own period music that mostly drowned out the bar music. The performers used all of the space beautifully to evoke the atmosphere of the Blue Light Disco and the entertaining touches of audience participation were there to add to the atmosphere or a particular sketch and never felt exploitative or too out of place.

The scenes were mostly set off stage – in the backrooms, where you could sneak away and actually have a conversation. The scenes all flowed well and painted a nostalgic, and accurately messy picture of the Blue Light Disco experience. There were lots of silly drunken moments from kids who aren’t supposed to be drinking. The thing that set this apart from my own teen experience was the lack of cigarette smoking – the fact that it isn’t even a point of mention to this younger generation gives me hope for the future.

The many colourful characters performed by the three actors included; the adults working at the Disco keeping an eye on things and trying to wrangle the teenagers, hormonal boys who know nothing about women that were amusingly and knowingly played by the two women, the two teen girls who make up their own Team Edward Fan Club, the surprise of a puppet boy discovering it’s sexuality and Singing Girl who almost stole the show and certainly got the biggest laugh. The characters worked better as they reappeared more than once and we got to know them.

While watching I couldn’t help but wonder: was this a loving ode to teen memories or revenge? A bit of both no doubt, if we look beneath our happy teen memories there were always those sad and then downright nasty ones. There was a bit of impressive Shakespearean inspired spoken word towards the end of The 2007 Wonthaggi Blue Light Disco that speaks articulately to all of that anger and pain we felt at the time but could not say. Haven’t we all wished to return to those awful experiences with all the hindsight, bravery and eloquence we now possess and face our foes?

This one crept up on me, I was not sure about it at the beginning, and watching a puppet slowly wank on stage was not really something I’ll ever want to see again (it may have worked if we’d gotten to know the puppet, as a character, earlier in the show, unfortunately it came off as very disturbing and unpleasant), but overall The 2007 Wonthaggi Blue Light Disco was an enjoyably nostalgic, laugh filled experience and the belly laugh at the end that had me in tears was worth it all. 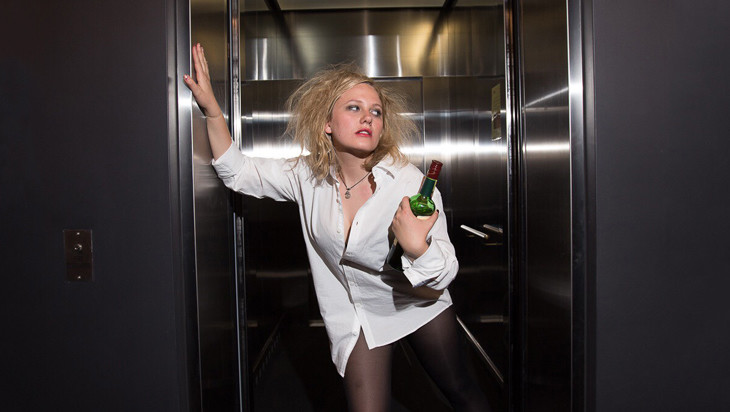 1. It’s at the perfectly reasonable time of 7pm. So you can get dinner before or afterwards and once the show is over there’s still plenty of time left in the evening to catch other acts during the Melbourne Comedy Festival.

2. This show refers to Sandra Sully TWICE (one time is obvious – the other is an Easter egg).

3. It’s full of 80’s bangers that’ll fill you with joy and adrenaline.

4. How To Be Sexy is a cathartic ‘fuck you’ to beauty standards set by the patriarchy.

5. The bar in the foyer is also a fantastic cocktail bar so you can have a lil cocktail while you have a lil giggle.