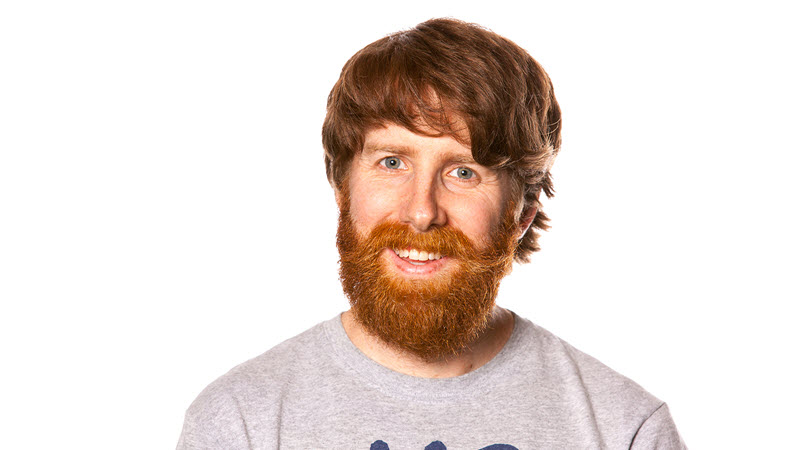 1. Matt doesn’t know you, but he loves you. Don’t turn your back on Matt’s love.

2. Come and prove your doubters wrong. They don’t believe you can do it, Matt does.

3. Whether or not there is a god is up for debate, Matt definitely exists. Come see for yourself.

4. When they talk about you behind your back, Matt sticks up for you.

Matt Stewart: Pretty Dry is on at The Courthouse Hotel, Sept 26 – Oct 2

1. You woke up in a ditch with no memory of who you are and where you came from. The only possible trace of your former identity is a single ticket to Andy Matthews and Matt Stewart in Logistical Nightmare.

2. You run a pest control company that recently decided to launch a new range of rat poisons to be called Andy Matthews and Matt Stewart in Logistical Nightmare. Your legal team insisted you see the show to confirm there were no potential licensing issues.

3. You believed that the Tuxedo Cat was a real cat and you’ve always wanted to spend 50 minutes inside a giant cat, and this seemed like too good an opportunity to pass up.

4. You only live next door and you thought you’d pop in with a casserole to welcome the new neighbours.

5. Bobby always said you’d meet up again at Andy Matthews and Matt Stewart in Logistical Nightmare, in this very place, at this very spot. The girls at the office said you were crazy to keep on believing, but here you are, and boy-howdy, if that figure in the corner doesn’t look just like Bobby used to, hunched over his coffee, with half an eye on the door, and the other eye and a half on some distant memory, that he never dared to share with anyone.

6. You appreciate performers who have no respect for the number 5.

Matt Stewart and Hap Hayward met while competing in the RAW Comedy Competition this year, became good friends and decided to join forces in this festival show that introduces us to their comic talents. The fact that Matt won RAW happily hasn’t affected their fledgling friendship and is not an issue in this show as they are equally entertaining in their own way.

Matt and Hap have worked hard to put an entertaining show together for their first time out that will also suit an audience with little experience of seeing comedy. The funny pre-recorded intro settles the audience and gets them in the mood for some fun, then the guest MC explains how the night will work and warms the audience up. We were lucky to have Daniel Connell as our guest MC.

Daniel was the perfect host whose laid back country style totally fitted in with the two stars of the show – all that was missing was the red beard. Daniel shared his adventures around Melbourne and created the right atmosphere for the show. Daniel also flipped the coin that decided whether Matt or Hap would perform first.

Justin ‘Hap’ Heywood is not someone you might pick as a comedian. A soft spoken high school teacher from Ballarat with a smiley face. Hap is a storyteller telling entertaining stories from his childhood about his relationships with family and friends, his own school year experiences and a bit about being a modern day teacher. Considering the bullying he endured growing up, one can’t help but wonder if becoming a school teacher reveals some masochistic tendencies. Choosing to go into standup comedy seems to confirm this. Luckily it’s a good choice for Hap who has a comfortable stage presence and keeps the audience laughing throughout with his well-crafted set.

Matt Stewart is an Ideas Man. Matt’s humour also comes across as fairly relaxed and non-confronting but has a more off the wall feel which is often enhanced by his notebook of lists. He asks the audience a lot of rhetorical questions and has a habit of deconstructing his jokes, he also surprises us with the fanciful direction his thoughts take us to find the jokes. This all works really well and he is easily able to keep this audience on side and intrigued. His ideas come from his regrets, Karma, a hilarious look at astrology and Aussie style Superheroes. Some of his jokes are creepers and some take you by surprise, overall he’s quite the crowd pleaser. It’s not hard to understand why Matt won Raw.

2 Up is a pretty polished show for a pair who have only recently joined the world of standup. Matt and Hap are quickly finding their unique comedy voice and having seen them do different material elsewhere, it’s encouraging to think that they will no doubt become popular fixtures in the standup scene.

2 Up is on at The Courthouse Hotel until Oct 5

1) These guys take comedy very seriously, so there will be no jokes

3) This is their first Melbourne Fringe show, so, get on at the ground
floor or feel like a dickhead in a few years when they are winning the
award for being the best at comedy

4) They both have red beards. So does Louis CK. So does Conan O’Brien
(sometimes). So does Chuck Norris. Based on that, the show should be
funny (sometimes) and also an outspoken Christian martial arts expert.

5) This show includes one Hap Hayward, Raw Comedy finalist 2014, one
Matt Stewart, Raw Comedy winner 2014 and a different MC each night all
of whom are awesome

For info and tickets check out the Fringe website