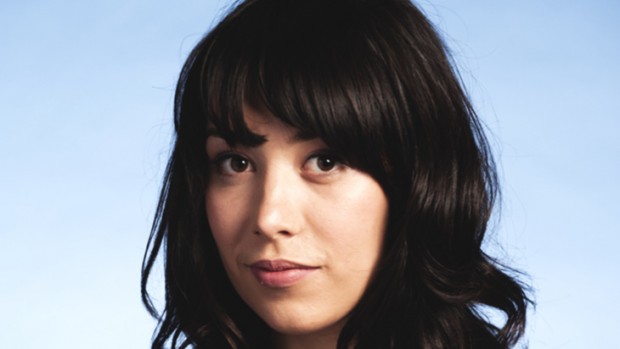 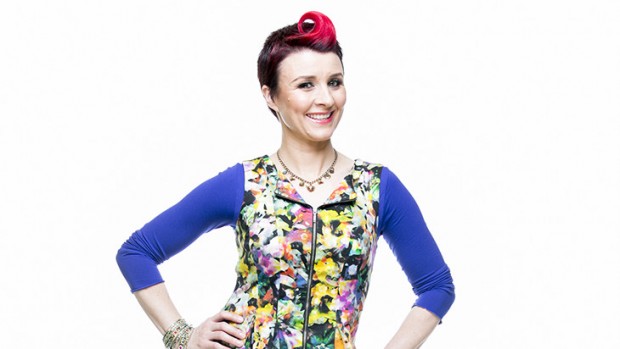 Cal Wilson, the likable Kiwi who has appeared on QI and all about invites us this comedy festival to meet the people she could have been.

Cal ponders what would have happened if the fear of the unknown had prevented her from moving to Australia and had taken over her life. Still performing at children’s parties in her 40’s, Fairy Robot Sparkle clamps down on fun; warning children of the imminent danger lurking in common household items and at every turn. She makes them know that death is always watching. We meet a posturing self-congratulatory sleaze bag who sought fame writing erotic science fiction novels; Calibran – Cal’s persona had she turned out to be a man. We meet the Cal who married one of her boyfriends in her 20’s; this time at his funeral; Cal toting the accent of a woman who had been forced to change to meet her husband’s expectations. We meet Adele – a feminist poet who seems unsatisfied with life. As the characters develop and expand things start to get out of control.

This show is packed to the hilt full of props, performance, puns and punch. Cal’s characters are rich and ridiculous and a lot of fun. The plot is wild and dynamic. We watch as various parts of Cal’s past, future and present both real and imaginary come colliding together in a cacophony of absurdity.

The show is a thorough delight. Quirky, well-executed and funny. Cal displays the well-honed acting skills that failed to get her into any of the many acting schools that she auditioned for. Their loss was our gain. A rollercoaster of ridiculousness; get along if you can.

It Could Have Been Me is on at Melb Town Hall – Powder Room until April 20
http://www.comedyfestival.com.au/2014/season/shows/it-could-have-been-me-cal-wilson 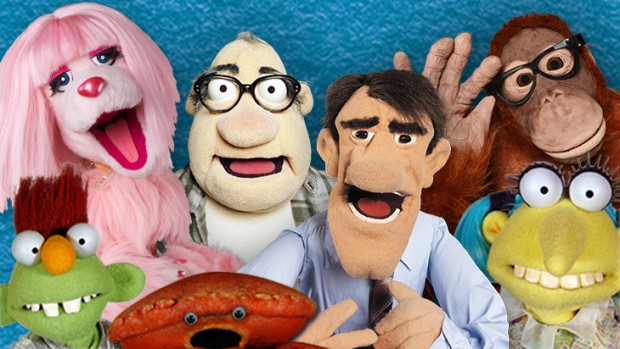 ‘Puppet Up’ provides two shows in one – if you focus on the big screens, you’ll see the puppets performing improv, but if you look down on the stage, you can see the very talented puppeteers at work. Whichever you choose, you will be treated to a fast-paced, quick-witted show that inspires child-like delight, regardless of the themes.

Although ‘Puppet Up’ is billed as being ‘definitely-not-PG’, the show is only as dirty as the audience suggestions make it. The bulk of the show is made up of a series of improv games, some of which will be familiar to improv fans, like ‘New Choice’. Performers grab puppets from a wall of brightly-coloured faces. There’s fish, birds, muppet-like humanoids, hot dogs – all of which can be pulled into a scene based on what you shout out. The evening I attended, for instance, we saw a short play titled ‘Toorak Wankers’ involving a bear and crab as husband and wife.

In between the sketches, the audience is treated to some recreations of classic sketches created by Jim Henson and Frank Oz when they were in their 20s. It’s a wonderful addition to the show. The simple physical humor of the skits stands up well in 2014. There are also a couple of opportunities for more intensive audience participation, with audience members being brought up on stage. For their work, they received puppet prizes that provoked a collective “Aww” of jealously from the rest of us.

The MC for the evening, Patrick Bristow, kept things quick and light and established a great rapport with the audience. The cast of puppeteers proved to be clever, hilarious, and in some cases, fabulous singers. Their skills really shone through in their creation of a James Bond-esque film opening, complete with theme song – despite the audience suggestion ‘Salami in Wonderland’. There’s a lot of nostalgia value for anyone who grew up with Henson’s work and it’s truly fascinating to see the puppeteers at work, breathing such life into their creations.

‘Puppet Up’ is teriffic fun and an example of an improv crew that works together really well. If you’re a Henson fan or simply enjoy great improv, this show is one to check out.

Puppet Up! is on at the Princess Theatre until April 20
http://www.comedyfestival.com.au/2014/season/shows/puppet-up-uncensored-henson-alternative-s