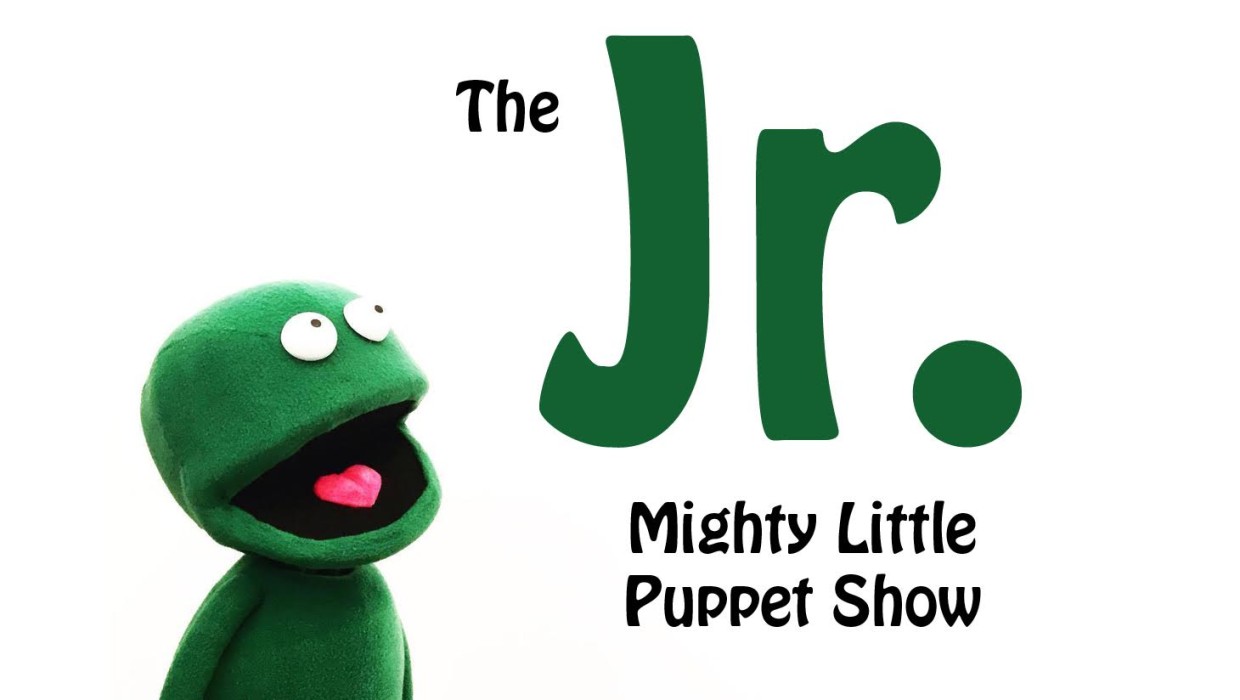 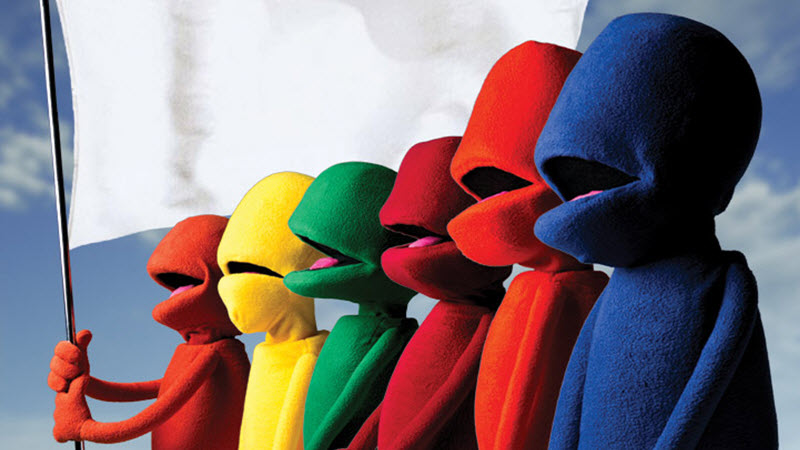 We were actually quiet surprised when our little show had quiet a successful world premiere at this year’s Melbourne International Comedy Festival. We had wonderful reviews, great feedback and really supportive audiences. So it seemed only natural to bring the show back for Melbourne Fringe…and at The Butterfly Club, one of Melbourne’s best fringe theatre and cabaret venues.

If you missed us at MICF The Mighty Little Puppet Show has puppets in it…but these puppets are like nothing you’ve seen before.

What’s unique about our puppets is that they are custom-built, by the extremely talented people at The Puppet Workshop.

Our puppets (called The Ritas) are brightly coloured and blank-faced, we’ve also had large selection of eyes & noses build that can be attached and removed to The Ritas whenever we want.

Meaning we can create new and interesting puppet characters for every performance.

3. It is an improvised show!

Yup…every show will be improvised so no two shows will be the same. The Ritas were specifically created because The Mighty Little Puppet Show is completely improvised.

We wanted our puppets have the potential to be just as spontaneous as the scenes they will be in.

4. We have a NEW stellar line-up of Special Guest Stars!

We were fortunate to have some of Melbourne’s most respected, popular & experienced performers guest star with the Ritas for our Comedy Festival season.
This Fringe is no different, we have assembled a stellar line-up of stars from the Melbourne Comedy scene, who are ready to raise hell with our puppet crew.

5. We have NEW members to our amazing troupe of impro-puppeteers!

We are very excited to welcome three new cast members to this Fringe season.
We have:
-Hallie Goodman (an puppeteer & improviser from New York how has worked with The Improv Conspiracy).
-Amanda Knights (A regular performer with Impro Melbourne & First Draft Theatre).
-Danny Alder (An actor/improviser who was seen in Eastenders & was a regular performer with impro/comedy troupe The Crew).
They will be joining our senior Mighty Little troupe members who will be returning for Fringe duties: Scott McAteer, Caitlin Yolland, Petra Elliott & Rob Lloyd.

The Mighty Little Puppet Show is at The Butterfly Club from Monday Sept 19 to 25 – 10pm. No show Friday.

Tickets can be purchased at: https://thebutterflyclub.com/show/the-mighty-littles