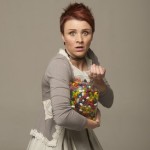 1. I have it on good authority Bradley Cooper/Scarlett Johannson/Justin Bieber/Chewbacca are coming to the show. I don’t know which night. You’ll have to come lots.

2. I know where you live. If you don’t come, I’ll hang around your house doing impressions of Chewbacca singing Justin Bieber songs.

3. I reveal lots of true stories, stripping away secrets, peeling off guilts. It’s like burlesque of the mouth.

4. There could a be surprise guest on stage with me. When I say “guest,” I mean “moth.”

5. I admit to the worst things I’ve ever done. Apart from stealing that roman artefact. No one knows about that. Oh. 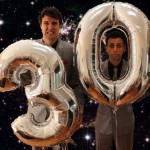 One. It’s funny. Which is a good start for the comedy festival. It’s fun for you because we laugh at at our real life traumas. Which is not that much fun for us. For us, every night brings another therapy bill. We’re laughing on the outside but crying on the inside. But for you, it’s funny. No therapy bills. Perhaps a dry cleaning bill.

Two. It’s got music. 12 original songs that poke fun at everything from Uranus to grey pubic hair, Matt Preston to golden Gaytimes. There’s electro synth, piano ballads, ukelele ditties and rollicking dance numbers. There’s even a CD you can buy at the end. And if that’s not enough for you, we wear fancy silver suits. FANCY SILVER SUITS, I SAY.

Three. It’s good. And not just cos we say so. There’s this fancy four star review (http://au.artshub.com/au/news-article/reviews/performing-arts/saturn-returns-190291?sc=1), plus a whole lot of people who saw our sold out 2012 season who will say so. And Tripod – who we recently toured with – they’ll say so too. Won’t you guys? Eh, Tripod? Gatesy? Yon? The other one? Remember us… from the tour, you know… Ummm *sigh*. Plus TheatrePress.com.au said Lachlan was “everyday funny like Hamish and Andy, writes clever and witty lyrics like Tim Minchin, and delivers them with the pathos of Tripod.”. So at least one of us is funny. And the other is a bit funny looking…

Four. It’s deep. Like… yeah. It’s a show with heart. You’ll come out laughing and humming catchy tunes but maybe – just maybe – you’ll even come out having been moved a teensy tiny bit. Unless you’re a heartless bastard, in which case, I totally empathise.

Five. This show is about crisis. It’s poking fun at the traumas of turning 30. We’re really pretty stressed as it is. Have some heart. Even the aforementioned heartless bastards. See our show. We’re already getting old, going grey, going bald and getting fat. Don’t send us broke too.

Saturn Returns is on from  27 March to 6 April at The Butterfly Club. 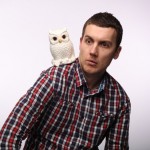 2. Daniel won a Mr Personality contest aged 5, he has a sash to prove it. Last year he asked questions about what happened on that day in 1988, he regretted this.

3. Martin Riggs is an L.A. cop with suicidal tendencies and Roger Murtaugh is the unlucky police officer with whom Riggs is assigned. Together they uncover a huge drug-smuggling operation, and as their success rate grows so does their friendship. (This will make sense if you see this show)

4. It’s at 8:30 every night (except Sunday 7:30pm), I know that’s the time most good TV shows or movies start but you can record those and watch them later. Come and see this live (please don’t record it). (unless you have a sweet camera and good sound and can give me a copy).