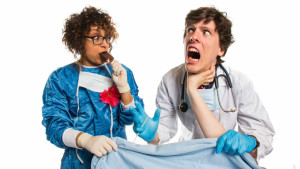 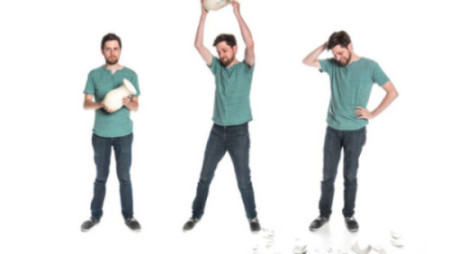 1. It’s got high-brow humour
Tom McLean Dropping a Han Dynasty Urn has a bunch of jokes in it about contemporary art, ambient music, and intellectual property law as encountered by Jimi Hendrix. You’ll leave TMDHDU feeling intelligent, refreshed and glad that your powerful mind has been catered to.

2. It’s got accessible humour
Tim McLane Smashing a Ming Dynasty Vase has a bunch of jokes in it about annoying housemates, riding on trams, and getting your bone on in a variety of rude ways. You like the F-word? TMSMDV has one of them in it! Not even bleeped!

3. Tom McLean is there the whole time
Are you sick of comedy shows where the comedian just up and leaves halfway through? Me too! That’s why I wrote Troy McGuinn Exploding a Renaissance Era Amphora to feature me, Tom McLean, on stage the WHOLE time. I won’t walk out; I won’t vanish. Not me, not ever.

4. There’s a beard in it
One of the main bits of feedback I got from my last show, Ghosts are Real, was “where’s the beard?”. “Great show, Tom, so funny! But why don’t you have a beard?” Well, guess what! I grew a beard. Thad O’Mallory Obliterating an Age of Enlightenment Jardiniere will not leave you guessing where the beard is. It’s on me.

5. It’s super funny
I’ll level with you: I’m really proud of this show. It’s really funny, the jokes are great, I’ve had a lot of fun putting it together and I really think you’ll have a lot of fun sitting in front of me watching me perform it. You’ll leave with a big dumb grin on your face and a glad feeling in your heart. It’ll be good.

1: IMPOSSIBLE TALENT: Award winners, out of towners, local favourites, we lay in wait at their favourite bars, and emotionally blackmailed them into joining up. For you.

3: IMPOSSIBLE UNIQUENESS: If you miss it, it’s gone. Every night is one-of-a-kind, and most of these acts will never be repeated. You’ve already missed Adam Knox’s Conversation with a Hairdresser, and James McCann’s Open Letters to Scumm. Don’t miss Sarah Jones’ Saddest Stories, or Mitch Alexanders Heavy Metal Clowning.

4: IMPOSSIBLE DEALS: Come once, and your ticket will get you half price entry on every other night. Because we want you to see it ALL.

For more info and tickets: 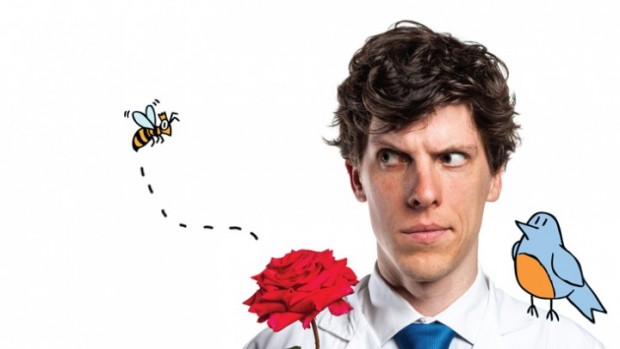 Is love purely a chemical process? What animal has the largest testicles? If you want to find out, Tom Lang has put his day job as a Science Educator to perfect use in Love Factually, a comedic lecture exploring the science of love and sex, the birds and the bees and many other animals.

Though not a show of continuous rolling on the floor guffawing, it provided a good balance between education and jokes. Some of the examples presented were strange enough to provide their own laughs but when combined Lang’s own observational quips, he kept us smiling and regularly giggling. His lines were peppered with many Freudian slips; just how many were deliberate was debatable, but it added some welcome innuendo to the slightly clinical proceedings.

As Lang presented his spiel, PowerPoint slides were displayed on a screen above the stage. Images of the animals, often engaged in amusing and fascinating courtship rituals, gave visual emphasis to the weird and wonderful facts that were presented to us. The odd celebrity popped up where their appearance or behaviour mimicked that of the animal at hand to provide additional chuckles. His own “hand drawn” diagrams were cute and amusingly crude. Their use in illustrating the process of evolution and natural selection of various species was effective, often showing a rather graphic aftermath involving an obviously favourite reptile.

A raffle used to illustrate the utopian sex life of a species of primate was clear in its intent but the conclusion was a bit hazy. On the up side, an audience member will receive a treat with not much effort.

The show was broken up with an interval of sorts. A conservation video was screened about a certain microscopic creature of human nether regions that has been facing extinction over recent years. His expectation of it receiving huge laughs fell a little short, but it was certainly worth a gentle chuckle.

This was a fun hour in the company of a confident performer that is sure make you more knowledgeable at its conclusion. You certainly won’t look at the custom of giving flowers as a romantic gesture the same way again.

Love, Factually is on at The Duke of Wellington Hotel until April 7
http://www.comedyfestival.com.au/2014/season/shows/love-factually-tom-lang

1. You’ll learn more about nature than you maybe were prepared for. You may find it hard making eye contact with bees in future.

2. It’ll give you so many great conversation starters. Imagine you’re at a dinner party. There’s a lull in conversation. You pipe up with “Hey, did you know owls don’t have penises?” SMASH CUT TO AWESOME PARTY

3. Not standard standup comedy. Pictures, movies, animal bones, it’s an audiovisual extravaganza for MOST of the senses! (Try and guess which ones!).

4. The title sounds a bit like Love Actually so you can bring a date and by the time they realise it’s not a sappy ensemble romance-comedy, TOO LATE, they’re having the BEST DATE EVER.

5. It’s at the Duke, along with so many other good shows. So you can basically just sit in one place for four hours and see a week’s worth of comedy.

Tom Lang in Love, Factually is on at The Duke of Wellington Hotel