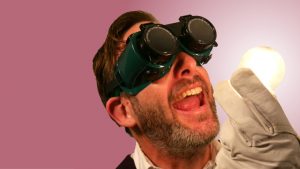 Science communicator Sean M Elliott presented a comedic lecture that covered selected highlights from the life of Nikola Tesla. It does what it says on the tin and features all the elements listed in the title.

Stories from Tesla’s life were hand picked to feature the more extraordinary events but glossed over many parts of the story (eg. who won the Current War and why?) – a disappointment for sticklers for narrative completion. These tales were often bizarre so no other humorous lines were added, missing the opportunity for bigger lols. Similarly the facts had precedence over jokes which was certainly important for scientific accuracy but was a little dry at times. This resulted in the audience being glued to Elliott’s words rather than chuckling along regularly. Fortunately we found some laughs in his humorous asides, straining puns and the misbehaving Tesla Coil.

Seeing that Elliott was a Science Communicator I was a little surprised that his diction and presentation style was a bit all over the shop – like a kid excitedly telling you all about their most favourite thing in the world ever. I guess this fitted in with the Mad Scientist vibe he seemed to be going for and undoubtedly made him interesting to watch.

The show featured some demonstrations of the concepts he covered. I’m sure he would have loved to get the audience more involved but working with electricity restricted this. He cleverly made one inanimate object – the Tesla Coil – the star of the show which was cute, particularly the amusing finale.

Tesla: Death Rays & Elephants! was a great educational show that doesn’t get bogged down in jargon so all can understand, including the kids in the audience. A fun hour about this engineering pioneer that was fascinating with a few giggles thrown in.

Tesla: Death Rays & Elephants! is on at the Imperial Hotel until April 21
https://www.comedyfestival.com.au/2019/shows/nikola 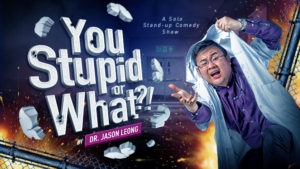 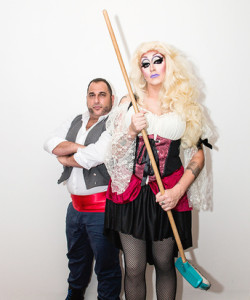 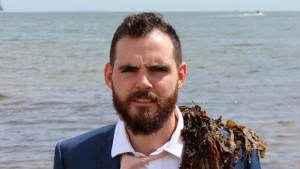 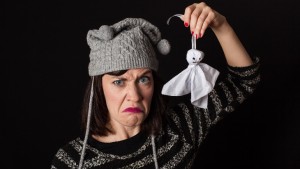 1: It has been hyped as one of the greatest stage performances in history, by Simon and Perri themselves, and based on nothing at all.

2: They were specifically told they weren’t allowed to have fire. So you’re definitely not going to see fire. Wink wink. No but seriously, they signed a contract.

3: Simon has the hair of a Greek god, whilst Perri has the beard of a Greek woman. Both are very impressive.

4: They’ve spared no expense; they are providing all of the chairs! Well, the venue is, but they paid the venue. Actually they’re still paying the venue, it’s an installment thing… anyway, you don’t need to know this, it’s not important. There are seats okay? Who doesn’t love a good sit?

5: It features two very promising comedians, of two very different styles, splitting the show right down the middle. There’s something for everyone. Unless you’re a pyromaniac, sorry, they signed a contract.