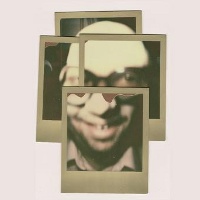 Well you will certainly get your money’s worth for this show. Introduced as a show about “what life is”, and how “the impossible becomes the inevitable”, there is certainly no skirting around the serious topics at hand. While I am reluctant to compare his work to any other, his masterful Stephen Fry-ish use of the English is entertainment on its own. I genuinely think I could listen to him talk on the most mundane of topics and find it both enlightening and entertaining. The fact that he is also hilarious is a bonus.

There have certainly been a few changes to this show, compared to his earlier work. While in previous shows he has given off a fairly self-deprecating vibe, in this tour he has thrown all that away in favour of being “awesome” instead. Also, possibly more obviously, he has shaved his head and beard. This relatively insignificant act actually goes on to spark a large portion of his inspiration for this show; a myriad of metaphors about perception, prejudice and rebirth.

One of Kitson’s great skills which is certainly demonstrated in this show is his ability to create vast amounts of comedy while remaining firmly within the theme of his show. Generating comedy from topics not inherently funny with his unmistakeable use of language, he also weaves some compelling, and often poignant arguments seamlessly into the show. Arguments and philosophies that are cynical and heartfelt, logical and completely contradictory.

Despite the wordiness of his content, there is no sense of alienation for the audience. He balances his language perfectly with his subject matter to ensure that everything he says can be understood completely by virtually any audience. Whether or not any individual member appreciates the full extent of his cynical philosophies is of course a different matter.

As always with Kitson’s shows, be prepared for him to ramble on past his allotted time frame, but I guarantee you will be left with a kind of warmth, and a moral that I for one have never experienced from any other artist.

Daniel Kitson -Where Once Was Wonder is on at The Playhouse, Melbourne Arts Centre