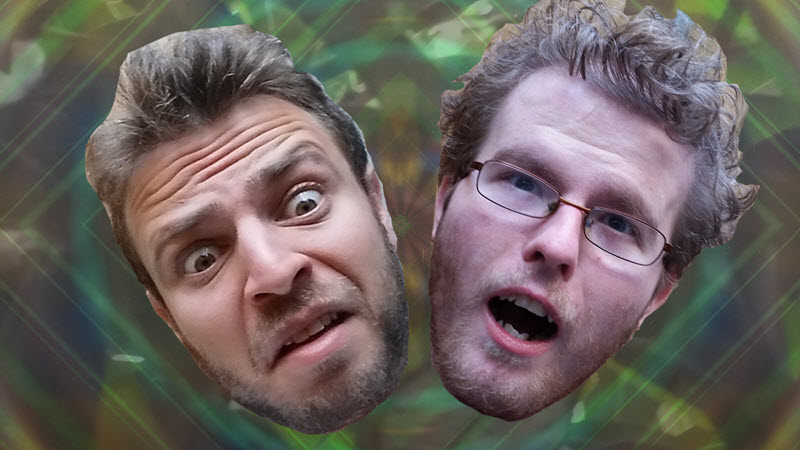 1) Damien has a background in improv and stand up, so if he forgets his lines he can just adlib his way out of it. Once during rehearsal, his adlibbing ended up turning the show into  Death of a Salesman. Briefly considered just doing that show instead. Ross is just some guy off the street.

2) Damien & Ross have won the award for ‘Most Handsomest Well-Behaved Boys You’d Feel Comfortable Taking Home To Your Mum”. And as we all know, awards are never not a high indicator of quality. Always. Always. Always

3) Rejected sketches for the show include “Damien & Ross Meet Frankenstein’s Ghost”, “Damien & Ross Punch Malcolm Turnbull Way Up In The Guts”, “Fried Rice Pregnancy”, “Damien and Ross Visit the Doctors But Whoops Turns Out the Doctor Isn’t Qualified and Isn’t Very Smart” – if hot comedy gold like that was thrown into the dumpster fire of rejection, just imagine what they’d spit up on stage for their show.

4) Alternative sketch comedy written, produced and starring two silly hamboys who worked extra hard to make the funny ha-has for you all. If you hate this show, you hate joy and happiness.

5) This show IS 2016. A comedy show for millennials.  Absurdity and gross out humour in place of wit, baby! It’s what the young people want It’s a way of channeling our Gen-Y frustration you old folks! Intelligence? Intelligence is for smart people! If you don’t get our hip n’ happening references,, just go back to listening to ABC National Radio old timers. Punk rock! If you don’t like it, don’t come. But please come.

Damien & Ross in Safari Psychosis opens September 15th and goes til the 23rd at 7:15pm (No show Wednesday) at Tuxedo Cat