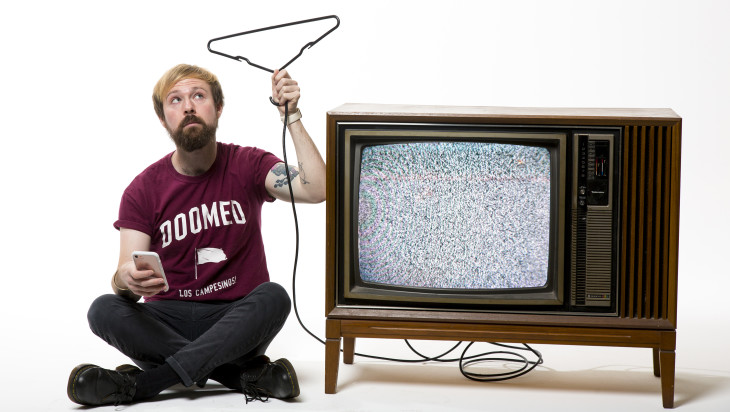 1. Perri had a completely sold out run at last year’s festival with his split show Simon & Perri Go Large – now he’s in a much bigger venue and panicking that his career peaked. HELP.

2. Channel Perri is a reflection of how he sees the world he’s barely paying attention to. He spends so much time looking at his phone at any given moment. He once tried to watch Eternal Sunshine of The Spotless Mind, a movie that runs at a total of 108 minutes – it took him 3 hours because he was too busy looking at memes and filming his dog listening to rap music. The show is a collection of things that actually made him look away from his phone, so they must totally be very funny and worth hearing about right?

3. He once thought about moving into political comedy but the hype became too much so he just stayed true to the real topics like the cost of berries and raising an ugly dog.

4. His jokes and gags have appeared on cult meme website Brown Cardigan no less than 6 times. Please don’t hold your applause.

5. He was once described by his peers as “possibly the most fashionable comedian in Melbourne” – which has no value really, it carries as much weight as being possibly the most famous person in Tasmania, the competition isn’t fierce and like not even your mum really cares.
He dresses like a young Dennis the Menace with the face of an adult Macaulay Culkin who isn’t living his best life, it’s worth admiring/laughing at for an hour.

For tickets and More information go to the Melbourne International Comedy Festival website: