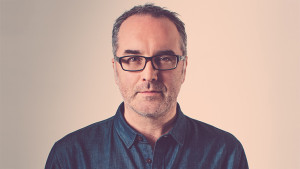 Most know Justin Hamilton as a brilliant story telling solo stand up performer but before that he was part of a musical comedy duo The Bunta Boys, Jezza & Dougie (Damien Kilsby), who from 1994 to 1999 were an unstoppable force on the Adelaide comedy scene. Bunta Boy documents that time in his life with wonderful stories of wacky hijinks that allow him to reflect on the comedy learning curve he undertook, how he has developed as a person and his early body of work (both good and bad). Think of it as an excerpt from Inside The Actors Studio without James Lipton.

For Hamilton completists, this show is essential. It’s full of uproarious anecdotes that most outside of Adelaide didn’t get a chance to witness in the flesh. He has covered a number of them before both on stage and on podcast but it is great to have them presented as one in somewhat chronological order. Some visual aids would have been nice but he does such a wonderful job of describing events in great detail that we feel like we are there. I guess we will have to make do with the smattering of images posted on social media to see how the boys looked.

A surprising treat is the inclusion of some songs from the duo’s repertoire, performed by Justin to a backing track of guitar accompaniment. While he doesn’t have an angelic voice, he can hold a tune to an agreeable degree and it gives us Bunta virgins a taste of their silly songs.

Bowie obsessives will be able to decipher the meaning behind the carefully chosen tunes played before the show but along with music from another recently deceased musical icon, mortality looms large over this performance. Beginning with tales from recent times involving health issues, Justin is looking at how time has ravaged him and uses the Bunta anecdotes to look back at his naïve and seemingly indestructible younger self. It’s never dour as he reliably provides a constant stream of jokes to keep us laughing while we contemplate.

Justin has stated that he is again stepping back from stand up to concentrate on other pursuits. This piece of hilarious nostalgia is the perfect thing to tide us over until he next returns to the stage.

Buntu Boy is on at The Melbourne Town Hall (Cloak Room) until April 15
https://www.comedyfestival.com.au/2017/shows/justin-hamilton-bunta-boy