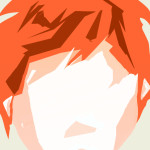 War of the words was a blend of traditional comedy with interactive and educational commentary on the downfall of the English language, exploring how we have neglected to acknowledge the cold hard truth that we are a nation based on the theft of the world’s greatest languages. Matt Harvey, the writer and performer revealed and enlightened us into the works of words and the irony in a lot of what we say. Derailing common and newly formed phrases, by some of the globes most active political social media users (i.e Trump…).

This was not a show that steered clear of political goings, the commentary was so easily strung together with good humour, whether the audience understood the political context or not it was still amusing.

The intimate venue allowed Matt Harvey to feed off the audiences’ understanding of the topics to redirect and paraphrase for those in the crowd not bound to media watch. This heightened sense of awareness really gave the show the flexibility to create its own individual tone.

Matt was a versatile performer who adapted all ‘bits’ to how the crowd felt on topics. Although the jokes didn’t always hit the right spots and the occasional tender subjects, which did cause a clench in the lower region, that could be felt in the air and Matt was sure to make a comment on that. It prevailed as an interactive show which put us in a lovely spot for the rest of the night.