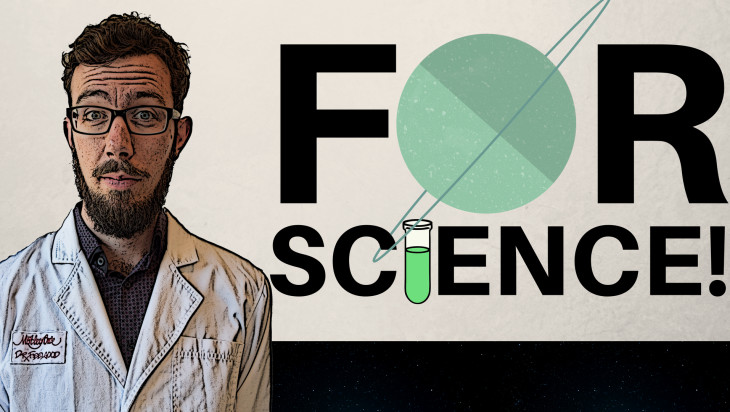 1) SCIENCE!
Matt’s an actual scientist, working in a high tech laboratory to cure diabetes. Or at least he should be, instead he’s spent the last year writing a comedy show about science because laughter is the best medicine (insulin’s a close second).

2) COMEDY!
Matt’s a pretty good comedian, which is a desirable quality for a comedy show. If you’re impressed by comedy competitions he’s a PICF Next Gen Comedy finalist and a RAW Comedy state finalist. If you’re impressed by reviews, Fringe Feed said ‘★★★★ Saturated in wit and subtle humour…needs to be witnessed’, We Know Melbourne said ‘★★★★ Quick witted, but personable’ and Gutter Culture said ‘Mixes together clever concepts and low brow jokes with genuinely hilarious results’. If you’re impressed by bird facts, the Australian pelican has the longest bill of any bird in the world.

3) MUSIC!
Matt’s an accomplished musician, having toured nationally and worked professionally as a session musician. He incorporates music into comedy and Beat Magazine described ‘Flight of the Conchords [as] an obvious comparison’. We think that’s an incorrect comparison as Flight of the Conchords is two Kiwi’s and Matt Kilpa is one Aussie. We would like to formally deny the allegations that Matt Kilpa is two Kiwi’s, one on the others shoulders, wearing a trenchcoat.

5) COOLNESS!
It’s at the Croft Institute, which is one of the coolest laneway bars in Melbourne, which also happens to be science themed! And it’s on at the very reasonable time of 7:30, which means you can get home in time for MKR and not have to fiddle around recording it on the PVR. I mean you can record it anyway if you want, but you know you’ve got way too much stuff on that thing and you’re never going to get around to watching it all. Plus you can get most of that stuff on streaming services now anyway.

For Science! is on at The Croft Institute from March 28 to April 9
https://www.comedyfestival.com.au/2018/shows/for-science