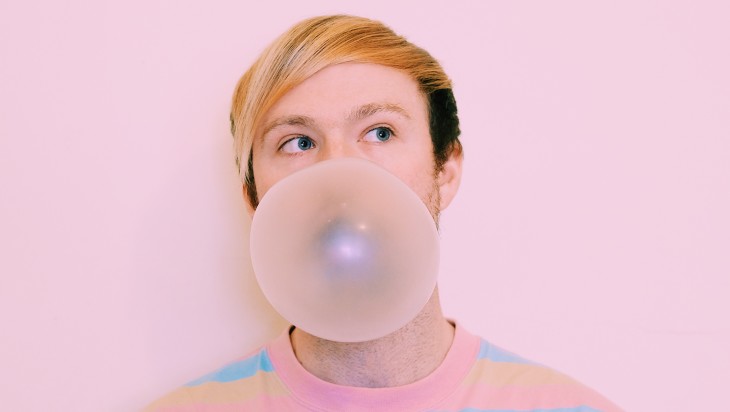 2. After his run last year he ventured off to America to go and play some clubs in America including The Comedy Store. To play any club owned by Mitzi Shore is pretty damn cool right? RIGHT? Ah you don’t care. It’s cool though, trust me. Yeah I’ll switch from third-person to regular perspective, whatever. I’ll do it here in this article, I’ll do it in my fucking show if I want, because that’s the kind of rule bending and boundary pushing that’ll get you booked at The Comedy St- look, whatever, it was a good experience.

3. Perri is the best-dressed person in all of comedy. Come for the laughs, stay for the display of a peak 90’s aesthetic.

4. Secondhand Bubblegum will make you feel better about your own awkward moments in life, because his are much, much worse.

5. A joke that’s in this show helped put him in the top 10 on all of Reddit with over 30k likes and Collegehumour’s list of “11 Great Jokes from Rising Comedians” which is worth literally fuck all except an “oh neat” by his friends. It’s a good joke though – you should come hear it throughout the course of the festival as well as many other great jokes.