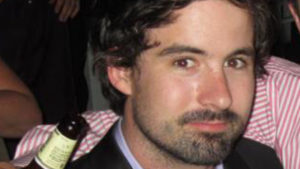 Armed with a Moosehead Grant, Stuart Daulman has decided to stage his own funeral for this years’ Festival. With Jake Ludowyke as Pastor John, Daulman plays all the other roles that are paying tribute to him. A lot of the humour comes from the dismissive sentiments we hear from a soccer coach with a score to settle and an opportunistic fellow stand up – Justin “The Dustbin” Murray – (industry folk will find plenty to laugh at during his speech). Others provide not much more insight into the man as they wax lyrical about a youthful Daulman in their own odd ways. It was both a satire about disrespect of the dead and a wonderfully silly celebration of a regularly silly comedian.

Much like his stand up, the funeral proceedings have a slightly ramshackle feel to it. A detained friend dropped from the program at the last minute and a quickly thrown together slideshow speak volumes of the slight legacy of the man and are amusing ways that the show feels like it is always on the verge of falling apart despite being tightly scripted.

Ludowyke was a suitably poe-faced Pastor but was on the verge of corpsing occasionally, which delighted the audience. Unlike real funerals, guilty laughs are encouraged and expected. Kitted out in elaborate costumes, Daulman handled all the roles with ease. His brother was ridiculously serious in spite of a silly tribute requested by his late sibling and Granny was adorably scatterbrained. Everyone got the giggles when the choirboy first sang in falsetto…and continued to sing all the verses of Abide With Me.

My only complaint, despite Stu’s comedy colleague, Justin, making good with the promise to promote his own show “Bin Night“as we left, is that the service ended on a rather sombre note. Instead of ending on some sort of comedic bombshell or surprise, we quietly filed out of the room where we could marvel at the most elaborate and expensive prop of the festival. I’m sure many selfies will be taken with it, just as Stuart would have wanted.

Death of a Daulman is on at the Victoria Hotel – Acacia Room until April 22
https://www.comedyfestival.com.au/2018/shows/stuart-daulman-death-of-a-daulman