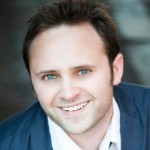 A comedian who names his show ‘Inspired by Mediocrity’ has to be pretty careful not to put ideas about his performance in the audience’s or reviewers’ minds. Daniel Burt has certainly chosen some pretty mundane topics for his Festival show this year, such as Masterchef, over ordering in a restaurant, picnics and his disinterest in clothes buying. It’s a shame that despite being a lovely, warm guy with some neat comedy writing skills, he can’t really make any of these topics shine.

The idea behind Daniel’s show is that he’s been too much of a perfectionist and he wants to relax a bit and enjoy the middle ground. At the same time he does end up taking the mickey out of the mundane topics he touches upon, as well as himself. He began with great confidence and a pleasantly gentle, flowing, jazzy style that became more stilted and disjointed as it went along. I was thinking he might be a good comedian to bring your mum to until he got into some rather racey material that seemed to make a kid in front of me squirm just a bit.

The strongest parts of the show are actually pretty funny. I felt that he could have written an entire show around his experience as a party bus host. Audiences love a funny ‘behind the scenes’ story based around real life experiences. His talents as a journalistic writer stand out when he rises above the mediocre, such as his belief that  ‘hating pedophiles’ is a lazy and easy sell for a journo and then he had the audience in his hands when, during our show, he broke away from his script to discuss a news report about an outrageous racist in the newspaper that day. There was a frisson in the room as both audience and comedian actually got excited by something and the laughter was notably louder. Then it was back to the less interesting body of his show about being crap at housework and stuff.

The low point was when he threw in a joke about a man who is sadly famous for having relations with a goat. Not only did Daniel try to pass off an old generic joke as his own, (and I know he’s not the first comedian to do this) but he did it with such little skill that there was a barely a hint of laughter in the room. Maybe most of them had heard it done better. He pretty much lost me at that point. Here it is in the urban dictionary. http://www.urbandictionary.com/define.php?term=goatfucker This throw away gag bares so little relation to his show I wonder why it is there at all. Unless it is a lack of confidence in his own comedic skill or trying to pad out the hour.

I know he does a lot of comedy writing, much of which I enjoy, but I’ve not seen Daniel around the live comedy traps. This is his third festival show and he’s still making rookie mistakes. I suggest that he might want to get out and do some spots at the regular comedy nights to iron this out in the future.

Daniel Burt – Inspired by Mediocrity is on at 1,000 pound bend