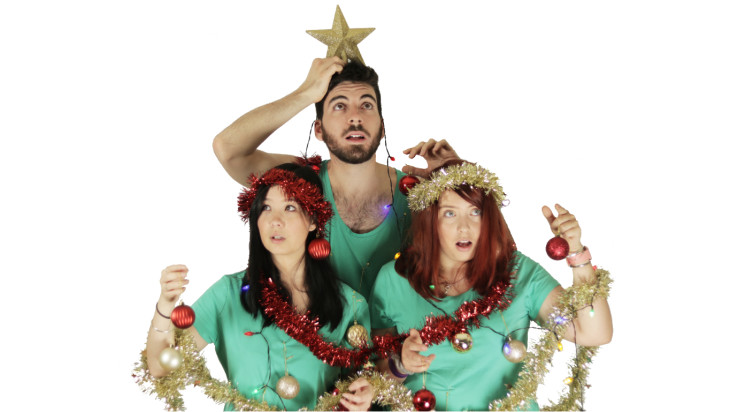 1) It’s an all-out Christmas SPECTACULAR! That’s right! We’re doing a full-blown Carols By Candlelight in March/April, so you can expect plenty of lively songs, expert choreography and a whole lot of tinsel. Why? Because there’s no better time than Easter to make you realise how much you miss Christmas.

2) We’re award-nominated! Our last show I’m Here was nominated for Best Comedy at Melbourne Fringe in 2017, alongside great company such as The Travelling Sisters, Rama Nicholas, Josh Glanc and PO PO MO CO. This show isn’t nominated for anything because it’s a debut but we CAN promise you that we’ve worked really hard and we haven’t let the fame go to our heads.

3) David Campbell and Sonia Kruger will NOT be there.

4) We’re on at Trades Hall which is such a nice venue! It has it’s own bar and lounge, and there’s a heap of other great shows on, and you can even buy a Trades Hall 3 Show Pass which gets you into three shows for cheap! We love trading things, and we love big halls, so it’s a match made in heaven.