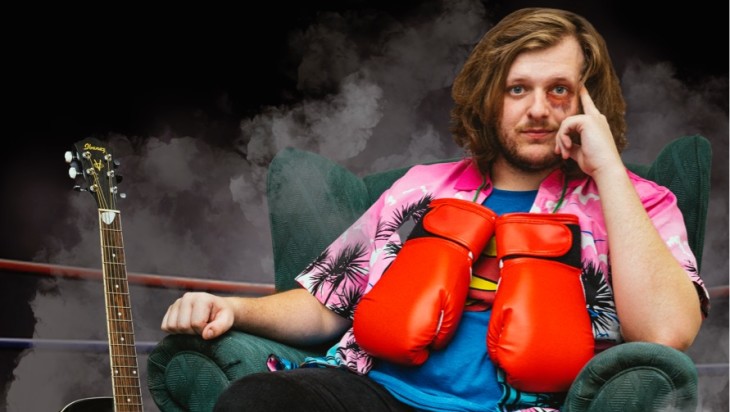 2. But, don’t confuse that with an actual greatest hits show, where an artist performs the best of their repertoire. This is not that, this is a brand-new show, and whilst I’m not denying that some of the bits could inevitably end up on my greatest hits album, they are currently not (as it does not exist).

3. In 2016 I was ‘king hit’ out the front of a Frankston cinema. “Oh, the title is beginning to make more and more sense now”, you say. And you’d be right to say that. “But, that doesn’t seem funny”, and once again, you’d be correct. It’s called pathos. It’s the crux of the show.

5. I perform a unique blend of stand-up, sketch and musical comedy. It’s fast-paced and ever-changing, so if you’re not sure what your favourite form of comedy is, or you find yourself getting bored by an hour of talking, this show could be your true calling *ring ring* get your tickets, please.