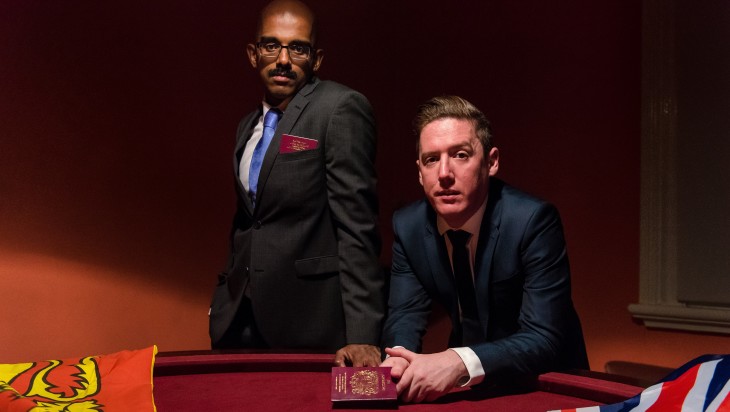 1 – Sri Lankan-born Rakhesh and native Englander John met doing stand-up in London, which is like the Olympic Village for comedy. Which has given us both a very British comedy style. We have now landed in Australia for what we are calling our Commonwealth Games Tour. Why do we keep comparing ourselves to world-class athletes? We both hold medals from major sporting events. John won most improved back in 1992 for the under-8s rugby team. And Rakhesh won best in class at his swimming lesson on Thursday. Straight-up warriors!
2 – If you’re looking for a show that will ‘take you on an emotional rollercoaster’ and ‘challenge your opinions’, save that shit for Twitter. We are only here to make you laugh.
3 – It’s cheap! Well, cheaper than the visa for us to get here. If anything, this is the least you can do for us.
4 –  Our 8.45pm time slot is perfect for you to have some dinner in the city, catch our show at Tasma Terrace just behind Parliament Station, and still be home in time for the national anthem. We could not make it any easier for you.
5 – You read this and got to the end. If you don’t come now, you’ve just wasted part of your life you’ll never get back. Don’t waste it!
John Green & Rakhesh Martyn perform Great Expatations at Tasma Terrace
https://www.comedyfestival.com.au/2019/shows/great-expatations