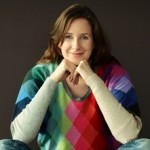 Some of you may have been lucky enough to see 1000 Years of German Humour with Brit / Germans Henning Wehn & Otto Kuhnle in 2009 when they were nominated for the Barry Award. They certainly proved that German humour can cross borders and had me falling about in tears. At this year’s festival there are two German based acts Paco Erhard who is giving a ‘5 Step Guide in how to be German’ and newcomer CJ Delling who has been living in Sydney for 5 years.

CJ is a very bright, confident girl who comes from a corporate seminar background which is clear from her confidence, the shows good structure and her enthusiasm for imparting interesting facts. CJ’s humour is mostly anecdotal and her topics include air travel, dating, her language difficulties and clichés about Germans, she assumes non Germans have.

My main problem with her anecdotes, as cute and amusing as many of them are is that she is unable to convince me that any of them are real or part of her own life experience. Even her fascinating sounding time as a Bondi life saver and her boyfriend from Dubbo are brushed over so briefly that they seem made up for quick laughs.

There are mostly gentle chuckles to be had throughout with some cute call backs and my favourite laughs coming from her short chat with Kate the finger puppet possum. CJ could have improved things with a few more quirky touches like this. She has ‘comedian, cartoonist’ on her press info, so I’m sure her cartooning skills could have been brought in to amusingly illustrate some points. Also at the end of the show she describes to us her collection of funny customs forms for various countries and it would have been nice for the audience to have seen them as either blown up copies or even her own cartoon versions.

This is CJ’s first ever festival show and I think it might be a bit ambitious to put on an entire hour on your own first time out. Older, experienced comedians will tell you that an entire hour for a comedian was rare when the comedy festival began and was reserved for the most experienced performers. The Bull & Bear was also a pretty tough venue with noisy pub patrons nearby for her to contend with and having to do all her own teching. Still CJ is a lovely, engaging person to spend an hour with and is unlikely to offend anyone.