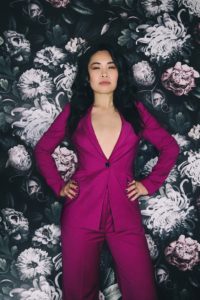 You might recognise Diana Nguyen from her 20 second stint on Underbelly, 24 second appearance on Please Like Me, or her 22 second cameo in Jack Irish. Alternatively, if you’re a prolific LinkedIn user, you might have come across her viral ‘Dancing Diana’ videos, bringing new and refreshing content to the mundanity of a professional networking platform.

Nguyen’s latest show, Chasing Keanu Reeves, gives her the freedom to tell her own story, in her own words, over an enjoyable 50 minutes. The show covers a great deal of personal territory, from her career to her tumultuous dating life, to her observations of Vietnamese-Australian culture to her relationship with her caring yet accidentally hilarious mother. Accordingly, Nguyen’s various impressions of her mother are wrought with love, but lose none of their punctuating humour in the process.

Nguyen has a very likeable stage persona, interacting with the crowd in a spontaneous and good-natured way. Her exchanges with a member in the front row – which’ll presumably be reproduced in some form in her subsequent shows – were a particular highlight. Rather than retreating backstage as the show ended, Nguyen farewelled members of the audience near the exit – adding a further human touch to her performance.

Despite its title, the show is fairly lean on Keanu Reeves material. But that’s okay. It is a performance firmly about identity and self-exploration, one that is more honest and emotive than any one-liners about a distant, unknowable celebrity could be.

Instead, we get to know Nguyen, in what is ultimately a personal, engaging, and humorous performance.

Chasing Keanu Reeves is showing at the Greek Centre until 4 April.
https://www.comedyfestival.com.au/2021/shows/chasing-keanu-reeves