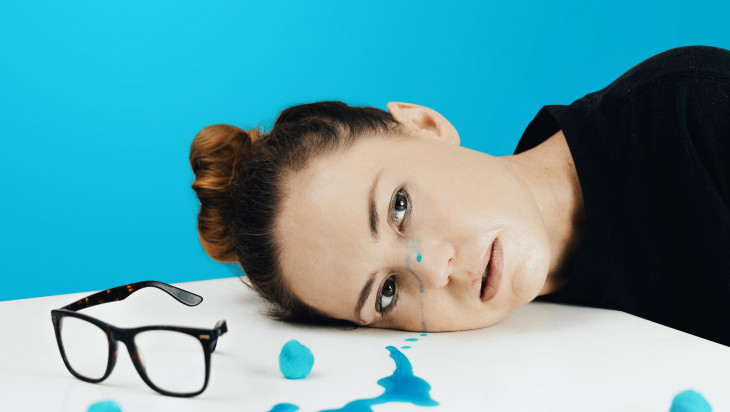 A 2019 Raw Comedy finalist, Steph Broadbridge has been tearing up the Sydney scene and clocking up considerable time on stage, impressive given that These Unprecedented Times have probably been the worst for launching a career in comedy. Winning respect and plaudits from the likes of Justin Hamilton, Michael Hing and Cameron James along the way, it’s clear to see why in Hot Chick/Tired Mum, her solo Melbourne International Comedy Festival debut.

As the title suggests, Steph plays with the modern notion of the maiden and the mother, or rather, getting caught in the space between. Wrestling with misogyny, the health system and the greater nuances of a disheartening thirtysomething existence, her warm, casual, down-to-earth demeanour belies a darkness and melancholy behind the veneer. Delving into such difficult topics is a formidable task, even for seasoned comedians, but to her great credit Steph navigates it with ease.

Originally a musician before making the transition to comedy, Steph also wields a ukulele for a few songs. While they’re amusing enough, including a musical interpretation of some online reviews for a psych, they operate more as refreshing interludes rather than move a narrative forward. Perhaps as a result of performing those shorter sets, she has yet to have the opportunity to fully marry her two talents for best (and no doubt explosive) effect.

Quibbles aside, there’s no doubting her natural talent, and with more experience with the longer format of Festival shows, every possibility she’ll deliver a breakout performance in future years. Pencil Hot Chick/Tired Mum into your schedule for those ‘I saw Steph Broadbridge back when…’ bragging rights.