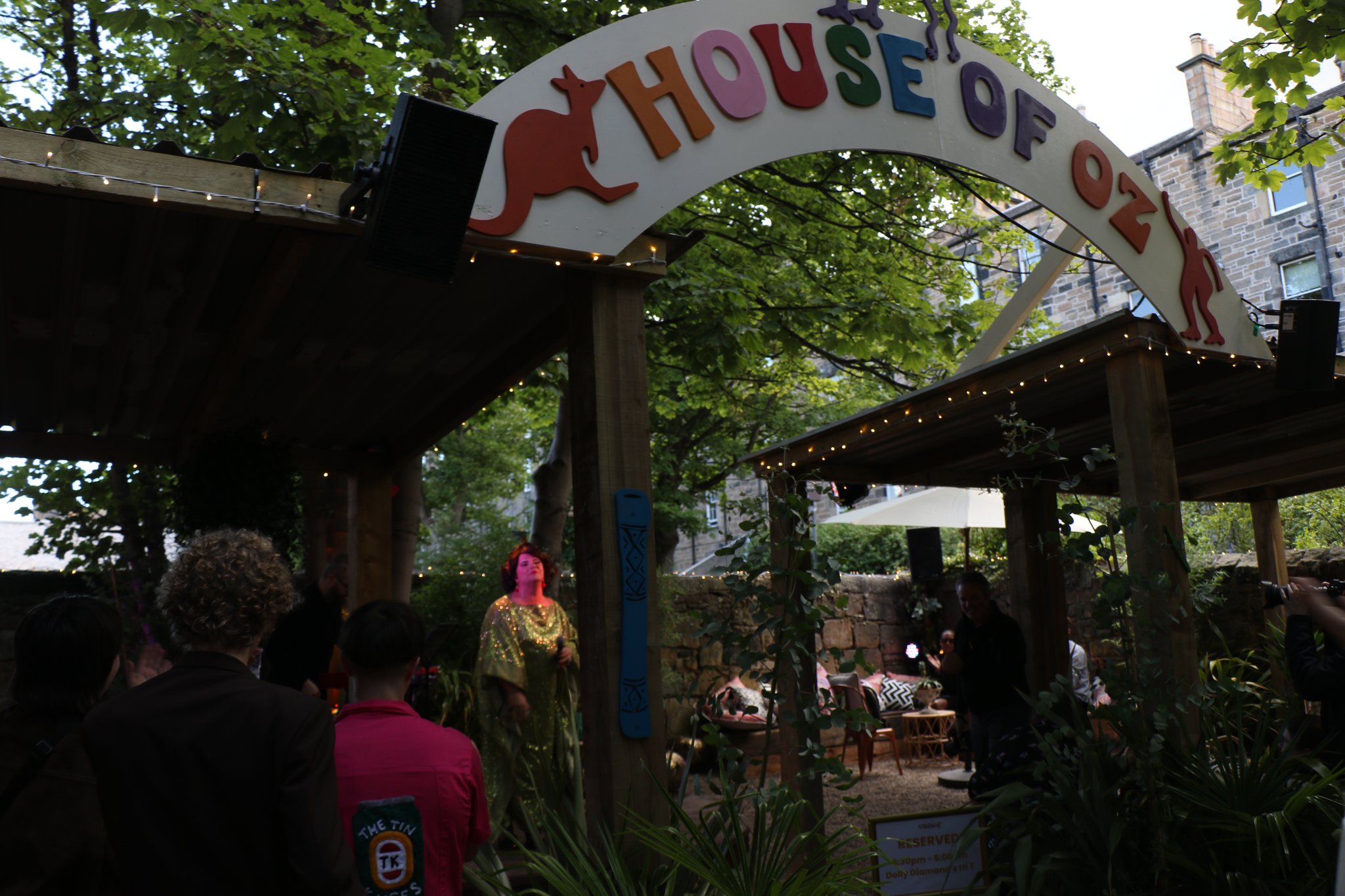 There is a new venue in old Edinburgh Town. The 2022 Edinburgh Festival sees the House of Oz pop in for a friendly visit. Hosting a dazzling variety of tasty Australian treats, from straight music, poetry and theatre performances, to cabaret and standup, it will celebrate the breadth of Australian talent, culture and creativity with a BBQ out the back featuring Aussie food, snacks, drinks and cocktails and a cafe with Melbourne style coffee and delicious lamingtons.

Dolly Diamond who’s giving us a variety of goodies including Bosom Buddies (one of her guests last night was Rhys Nicholson so you never know who might pop up).

Gabbi Bolt who was a breakout musical comedy star from this year’s Australian festival season in I Hope My Keyboard Doesn’t Break.

The Listies are doing a show based on Hamlet for kids: Prince of Skidmark and it will be for big kids too, no doubt.

The cherry on top of the Aussie Pav will be Die Roten Punkte’s Haus Party With Otto & Astrid, an outrageous alternative comedy/cabaret/circus showcase which is always a huge highlight at Melbourne International Comedy Festival.

House of Oz is graced by a Sydney chef-in-residence David Lee who is co-curating the Taste Australia foodie events on Monday nights in The Great Indoors. Audiences can enjoy an immersive experience with artists like Reuben Kaye who will be celebrating their Russian-Jewish heritage through delicious food.

The Outback has an outdoor stage for shows such as kid’s shows and Dolly Diamond’s Hi T where she’ll be telling tales and singing songs while the audience tries not to snort their tea and lamingtons from laughing. The cafe is open during the day til 6pm.

The Outback Garden kitchen and Bar are open til 10pm.  BBQ meals include sausage sizzle, pizzas and some great veggie and vegan options. At the Bar, as well as the expected wines, spirits & beers you can buy four different flavours of BBQ shapes (£5 a box!) as well as £1 Caramello Koalas. There is a big jar of Vegemite on the bar – for using in cocktails… and you can get some stubbies of Bundaberg Ginger Beer.

There are comfy cushions and fairy lights along with the fabulous food, drink and world class festival shows at House of Oz, so it will, no doubt, be a gorgeous and fun place to hang out during August in Edinburgh.

You will find the House of Oz in the Kings Hall down near The Meadows. Visit https://www.houseofoz.co.uk/ for all the details about what’s happening in this delicious slice of Australia.