5 good reasons to see Harley Breen -Some Kind of Something 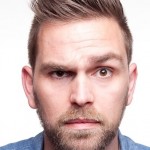 2. Brisbane thought it was funny and you wouldn’t want Brisbane to get
something that you don’t, now would you Melbourne?!

3. It has four wanking jokes in it and a message about Human rights. Cutting
edge shit!

4. My venue has a stripper poll in it. Classy!

5. Seriously my kid needs to eat. 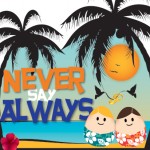 1. Because you saw From Arsehole to Breakfast and you just HAVE to know what happens next. Who shot JR??

2. Because you support same-sex marriage (and you’ll get the warm fuzzies from this show)

3. Because you DON’T support same-sex marriage (and you’ll be challenged by this show)

5. Because you support local writers, local producers and local actors

5 Good reasons to see Rodney Todd in Arguing with Seagulls 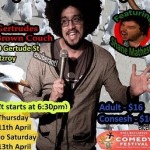 1. The flyer is so well made and informative. Imagine how good the show will be?

3. You have the chance to win a prize at the end of the show

4. You’ve once argued with a seagull and you thought “Those pesky seagulls! If only someone had a Melbourne International Comedy Festival show called Arguing with seagulls I’ll see that for sure.

5. It’s on early so you can see it before you have a Masala Dosa, laksa, bucket of dimmies, interesting burrito, pad thai pie, nasi gorgeng dinner.

Rodney Todd is arguing with his seagulls at GERTRUDES brown couch
http://www.comedyfestival.com.au/2013/season/shows/arguing-with-seagulls-rodney-todd