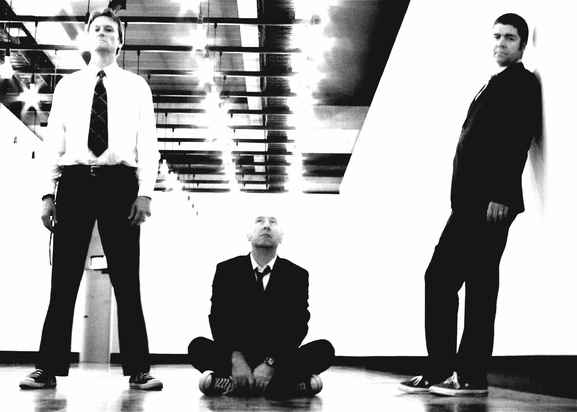 Having just come from another more traditional stand up type of comedy festival show, the atmosphere and audience at Fortyfivedownstairs is distinctly different to a typical comedy crowd. There’s an arty rock n Roll feel. Is that someone I’ve seen perform on Rockwiz? Is that someone wearing sunglasses at night? Is that man on stage an ex lead singer from This Is Serious Mum? If you’re too young to remember TISM you might know their song Somebody Start a Fight or Something used as the Theme for Paul Provenza’s The Green Room. If you’re too young to remember TISM this might not be the show for you.

Damian Cowell is still angry about a lot of stuff and is still amused by so much that abhors him that he is able to turn it into comedy. The only difficulty for the audience is keeping up with his avalanche of satire. The opening is a bombardment of Wagner’s Ride of the Valkyrie, a welcome song about the gathering with traces of nuts and a lengthy spoken word monologue somewhere between poetry and stand up. Meanwhile you are trying to read all the words projected onto the white wall behind the band. The words can get quite dense with the back wall occasionally resembling a telephone book (remember them?) but become more effective when it features one word at a time. The best approach is to let it all wash over you, take in what you can and enjoy laughing at the funny bits. Things repeat enough to build up a kind of concept collage that comes together to make sense.

But What’s all this about Wagner’s Ring Cycle I hear you ask? Well I’d rather not give that away, I’ll leave that for you to discover and enjoy, and needless to say you don’t need to know anything about Wagner to enjoy this. However you might have to be over 30 to get a lot of the humorous pop references as he eviscerates our love of popular culture and how it’s changed since the 1970s. There’s a romance to Damien’s sarc that is connected with nostalgia and softens his vicious wit. His delivery and style is reminiscent of John Clarke but with a little more venom.

If you know TISM or DC3 you’ll know what to expect from the songs that act as sign posts in the well structured show. These include (and I’m guessing at some of the titles here) ‘A Gathering, Shitness, No Longer Popular Search Word Party (hilarious!), Root Shoot Marry, Henry Fucking Wagons and Stop. Some of these are available on their new album “May Contain Traces of Nut”. This wasn’t a concert as such but I still had to fight an urge to dance. The other two members of DC3 in elegant white suits, played guitar and bass, or politely sat in the audience during Damian’s rants and helped set the stage behind him.

I’m sure the irony of performing to an arty crowd sitting at little tables in an art gallery/theatre/bar in Melbourne while tearing strips off pretentious arty wankers is not lost on Damian. This is comedy at it’s most cerebral and socio-political. It’s also wildly entertaining and hilarious. Certainly not your bog standard stand up comedy.

The DC3 are performing the Ringtone Cycle at Fortyfivedownstairs
http://www.comedyfestival.com.au/2013/season/shows/the-ringtone-cycle-the-dc3