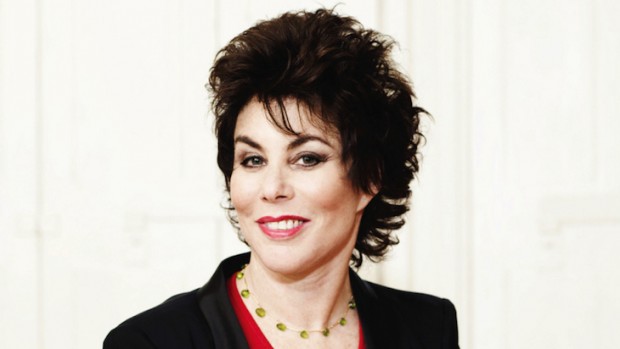 Ruby Wax was one of the new Wave of lady comedians in Britain in the 1980s. These included women she worked with like Jennifer Saunders, Dawn French and Tracey Ullman as well as Victoria Wood and Jo Brand. When you hear people today saying things like ‘I don’t like female comedians’ it makes you realise how hard it must have been for these mavericks. She stood out as the loud American in the UK scene with her work mostly being on television in her interview shows such as Don’t Miss Wax and Ruby Wax Meets….

Ruby Wax was probably my least favourite of the pack, she was more of an actress than a stand up performer and her ‘obnoxious American’ persona, was just a bit too obnoxious for me. So I wondered why I was there at The Forum and what I would make of this show. I didn’t come because I expected to hear about what it was like to be a female comedic performer of the 1980s but it is strange that this autobiographical show doesn’t touch on her performing. At all.

The first third of her show was packed with humorous stories of growing up, trying to fit in at school and then in the UK and getting married, having kids and having a nervous breakdown. The second third concentrated on mental illness, her time in mental institutions and was grounded in an education that includes a degree in psychology from Berkley and more recently she graduated with a Master’s Degree in mindfulness based cognitive therapy at Oxford University. So it’s not surprising that some of her show became a bit like a comic uni lecture with butcher-paper diagrams and a model of a brain that she brought out on a trolley while dressed in a white coat. The final third of the show took place after a short interval where she took questions from the crowd. One of them tried to ask if her work in comedy was connected to her mental illness in any way but she brushed it off suggesting that her job was no different to her than a plumber or dentist.

Ruby was very funny, intelligent and a compelling storyteller. She created a beautifully written and structured show that despite getting a bit less funny in the serious bits, never forgot it was a comedy show. She didn’t have all the answers for the Q & A at the end but handled it with the expertise and humour that she’s famous for.

Ruby’s on at the Forum til April 5, except for Monday when she’s at Melbourne Town Hall