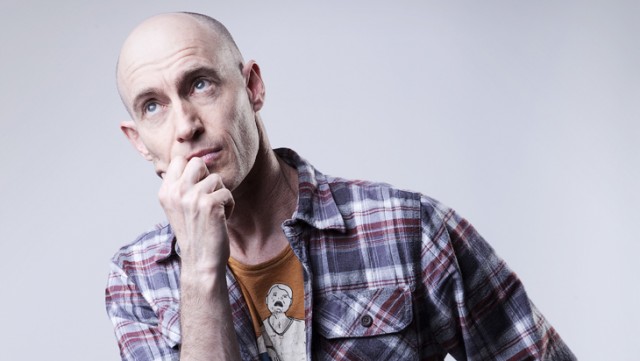 You’ll know Shane Dundas from The Umbilical Brothers – those great stalwarts of the Aussie comedy scene. He’s the one that makes the noises. But he doesn’t do that anymore. He’s not in for that kind of thing. Definitely not. Well, maybe sometimes.

‘Believe’ is Dundas’ first foray into stand-up and his first time going solo. The show is part auto-biography, part discussion of bigger themes concerned with the concept of belief – religion, science, large congregations of chickens – and above all, it’s about believing in yourself. This is a big leap into the unknown for Dundas, something that he refers to throughout the show. It has got to be nerve-wracking making the shift from a successful duo to standing alone in a small room in front of a bunch of people, and it’s really admirable to see Dundas take the risk and try something new.

‘Believe’ is still a little shaky on its feet. Some gags didn’t hit the mark and ran overly long, and in those moments, you could feel the audience getting a little tense and restless. A chunk in the middle of the show involving some questionable accents was cringe-worthy and though it eventually paid-off, it wasn’t worth the extended discomfort. It feels like this is a show that sticks too rigidly to the script. Even if a joke doesn’t land, Dundas persists with it to the very end. There’s no flexibility, no room to adapt to the audience.

But there’s a lot that’s great about this show. Dundas’ strength is that he’s a really engaging performer. When the material is good, he’s absolutely delightful. His stories about growing up in Canberra are wonderfully silly and a little dark and the bizarre ending ensured the audience left giggling and confused.

Dundas certainly has a knack for stand-up and it’s a good effort for a first attempt at the form. With a few tweaks here and there, ‘Believe’ has the potential to be fantastic. It’s just not quite there yet.