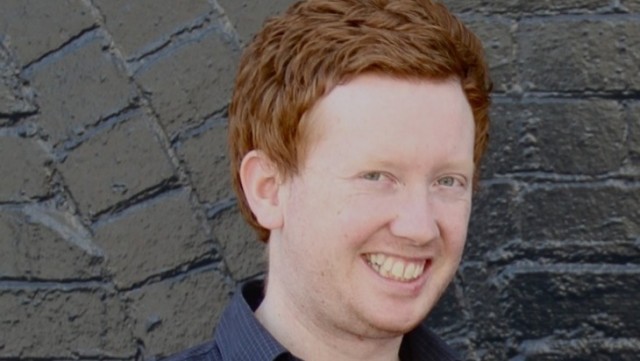 Luke McGregor has been around the Melbourne comedy scene for a while and has been smart enough to wait until he had enough excellent material to make his Melbourne International Comedy Festival debut. The material has been honed and trimmed of all excess fat with no filler. There is no grand story arch and Luke has given himself a couple of comedy props for the pre-intro jokes which are fabulous but generally he doesn’t need fancy sets, musical instruments or special effects, just the small black stage and himself.

The theme as you can gather from the title is his lack of self-esteem when it comes to the opposite sex and possible reasons why he doesn’t have a girlfriend. Luckily being a bit weird and different has paid off by making him an excellent comedian with many hilariously sad sack stories to tell.

What’s special about seeing him do his own show is that he opens up further to share a few more personal stories. As if we are his best friends for coming to see him and so he shares intimate details that he wouldn’t talk about up the pub. This includes some extra notes about his OCD which had the audience in fits, but had me being a bit too empathetic to laugh.

The comedy of awkwardness has been Luke’s speciality from the start and if you’ve seen him shine in Scumbus or Please Like Me, you’ll understand why he is being sought for these scene stealing roles. Since coming over from Tasmania I’ve seen him lose some of his genuine shyness and awkwardness to grow in confidence to the point where he easily owns the rooms he plays. Despite all the nervous tics & giggles, which he emphasises for comic effect, he is clearly comfortable in his own skin and confident in his material.

This is a superb debut from a comedian clearly on his way to making the big time. And if he doesn’t have a girlfriend by the end of this festival, then the lovely women of Melbourne just aren’t trying hard enough! Catch him before he’s a star.

My Soulmate is Out of My League is on at The Portland Hotel
http://www.comedyfestival.com.au/2013/season/shows/my-soulmate-is-out-of-my-league-luke-mcgregor