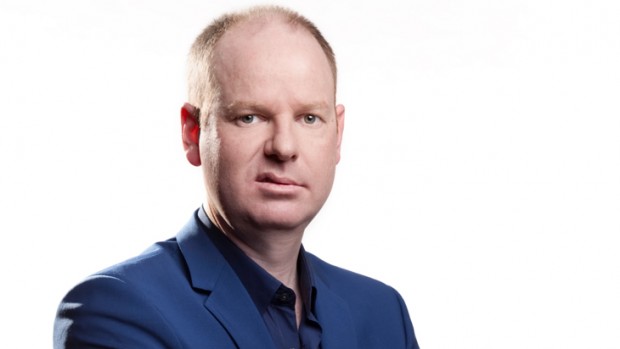 Tom Gleeson has been the staple in the Australian comedy diet throughout the last 10 years and this night’s performance demonstrated that he’s currently on the top of his game.  Rather than calling his show Hello Bitches, he could easily have called it, “I’m getting old!!!”

The night started with a lengthy and entertaining session of banter with the crowd.   Many performers would not choose to open with this, but Gleeson’s a quick thinker and turned even the most mundane of nuggets of crowd input into laughs.

Without a hint of jealousy, he started by targeting hipsters who have the audacity to wear their hair long on top – when he’s clearly a bit patchy in that area.  To Gleeson’s credit, he’s able to take the piss out of his aging body and sexual prowess (or lack thereof) in a charming sort of way.

Anyone who can draw a parallel between changing nappies and strippers without drawing groans is to be commended.  And a certain DIY technique that some strippers (perhaps) perform on themselves proved to bring out the loudest laughs throughout the show.

Things then got a bit philosophical as he outlined his views of the afterlife (see: none) and how much he loves the church (see: sarcasm).  He presents his case from a logical viewpoint and, based on the crowd reaction, he had everyone except for one on his side.  Yes, there was a solitary walk out when he took aim at Christianity.  Their loss.

After a pseudo ending, he returned to the stage for a long and disjointed feedback session with the crowd.  Sensing the quietness in the air, he then closed strongly with an agonising tale about his baby’s immunisation.

For the vast majority of the show, Gleeson had the audience laughing at volume.  Although he’s getting older, there’s plenty of funny stuff left in this performer.