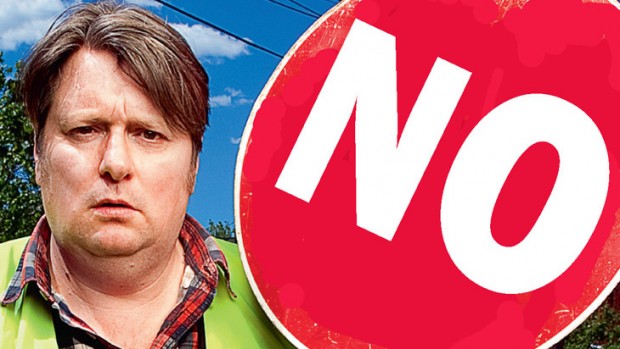 Tying the show together through this series of reflections works perfectly with O’Neil’s self-deprecating story-telling style. Every anecdote is recounted with warmth and humour, even when O’Neil is poking fun at himself he does it affectionately. O’Neil makes the whole thing look effortless and you get the sense that if he weren’t on a 50 minute time limit he could probably mine his life for another 50 regrets, as a result the show flies by.

I don’t know if O’Neil just attracts a good natured crowd, or if he creates that atmosphere through his own energy, but the result is that it feels like O’Neil is in a room chatting with a bunch of mates. He has such an easy relationship with his audience, employing them to help him out when required and bouncing off their energy. I’m probably sitting right in O’Neil’s demographic when it comes to age, background and stage of life but there was a bunch of teenagers in front of me who appeared to enjoy it just as much. Interestingly one was sporting a mullet and a sheepskin jacket, very early 80s Melbourne, which led O’Neil to wonder if this kid had been someone who beat him up as a teenager.

The venue is the upstairs bar at Hairy Little Sister and it’s a comfortable, convenient spot to catch a string of fine acts.

There’s a sense that O’Neil is glad he didn’t say ‘no’ to any of his experiences, that all those mistakes led him right to where he is now – happy and successful – but there’s no way he’d ever employ such mawkish sentiment. Dave O’Neil is damn fine company.