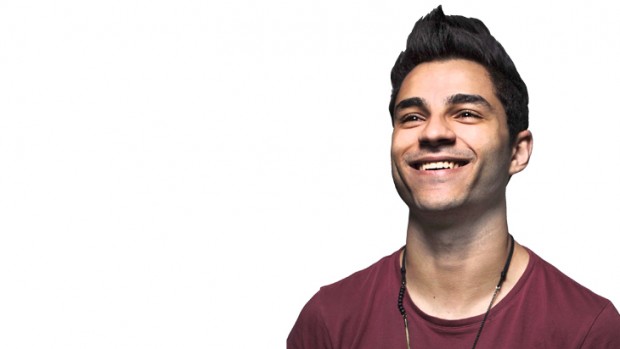 It wouldn’t matter whether he was performing to a 50 or 50,000 strong crowd, Khaled exudes the confidence to suggest his saunter on to the stage wouldn’t change one bit. The central theme of the hour long show is race and he uses his Egyptian roots to full effect.

He started off strongly with an educational – and hilarious – analysis of the events which occurred after the Taj Mahal was built. If it was to be remade in today’s age, Khalad’s point made it clear that no-one in the audience would put their hands up to build it!

Throughout the rest of the show, he didn’t veer very far away from the racial theme and used his full artillery of amusing accents for maximum laughs. He could be framed as a Chris Rock-like comic in the way he takes the piss out of the things that he hates about people from the Middle Eastern / African region.

Crowd involvement was a big part of the show as he plucked up conversation with almost every member (see: picked on) of the front row. He thinks very quickly on his feet and it was clear that he could use any sorts of details to destroy his target/s. Khalad is the king of banter.

Prior to closing out, he cut into an impromptu Usher song suggesting that he may be considering diversifying into pop as well. Or not. In any case, the parody song “worked” and it mixed up the show to nicely.
Yes, he’d be in the papers if he was not of Egyptian origin – but it’s just SO damn funny! And as he said, you leave your morals at the door when you see this cheeky man perform.

Without doubt, he’ll be expanding his base of material to ensure he doesn’t get pigeon holed as a “race comic” in the coming years. The guy’s a natural born comic who knows how to control the crowd, make them laugh and keep things running super smoothly. He almost won RAW comedy in 2011 and this performance suggests that we’ll see much more of Khaled on the comedy circuit in the years to come.