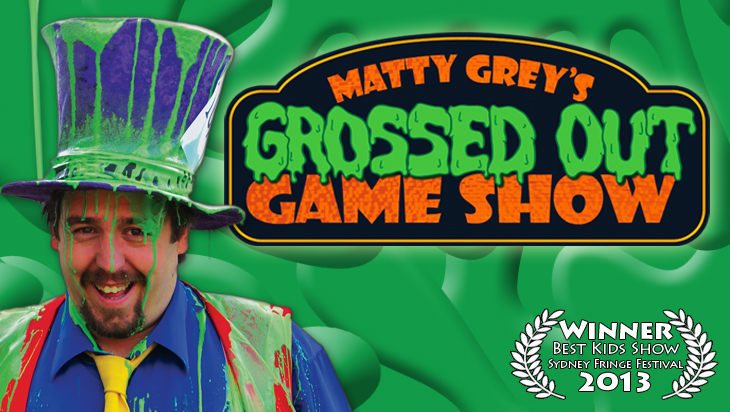 #1 – We are NOT a sickly-sweet and innocent little kids show where parents show up to take a nap. We are laugh-so-hard-snot-comes-out-your-nose type stuff. What better bonding experience for kids and parents than laughing at each other… I mean with each other, with!

#2 – We have organised a selection of the best comedians that the festival has to offer as our special guests. Come along if you want to see performers like Adam Richards, Felicity Ward, Axis of Awesome, Rebecca De Unamuno, El Jaguar and a host of others completely covered in SLIME!

#3 – We will probably be the messiest show at the festival this year. And do you know what venue we are in? Comedy on Collins, the Clean Comedy venue! Alanis Morissette eat your heart out!

#4 – We got a letter from a large corporation in America last year trying to stop us doing our show! Come to the Grossed Out Game Show to support the little guy and DAMN THE MAN!!! (Want to find out which big baddy tried to stop us? You have to come to the show to hear the story!)

#5 – I did mention that we had slime didn’t I? What more reasons do you need?