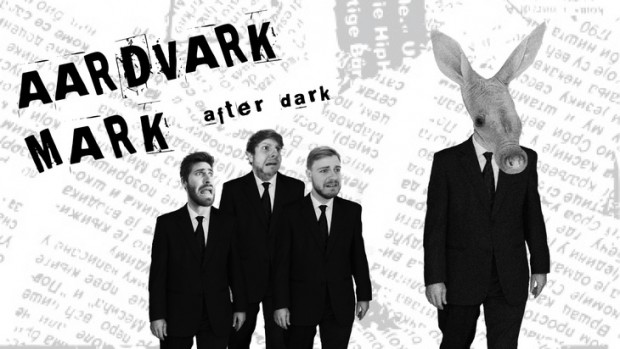 Jono Cowan, Oliver Morris & Tom Bainbridge. Three young guys who have joined forces to present a sketch show with a twist; sketches without borders. This blurring of the boundaries between one scene and the next was interesting and saved us from staring at an empty stage, but didn’t really serve the show in a comedic sense.

The vast majority of the sketches lacked a punchline. Before anyone brings up the “Monty Python didn’t do punchlines” argument, I will counter with the fact that these guys certainly don’t have the writing chops to get away with that kind of subversion. Any laughs came from them dicking about and mugging rather than any clearly structured jokes. Their modus operandi was to drive variations of an idea into the ground but this often had diminishing returns when the sketches overstayed their welcome.

In the handful of sketches that did have clear punchlines, they followed with some waffling banter, usually as a means of linking to the next sketch. This led to quiet spots where the belly laughs would have normally been; good if you’re a performer concerned with setting up the next scene but bad if you’re an audience member familiar with the standard structure of a sketch show and wants to get into a rhythm of mirth.

Their material included a fair bit of pop culture and to fully appreciate most of it required that you watched the same TV shows as they did. Their over the top caricatures covered for some of this shortfall but if you weren’t familiar with the show they were referencing, you were often lost.

A highlight was a big dance sequence that was both joyful and utterly silly. It would have been the perfect conclusion to the show but they followed it with a musical number that did nothing more than show off their musical talents and get a sing-along happening.

Some banter between the three critiquing their own performances, scripting and roles in the show were the some of the more interesting parts of the show. The scenes justifying the shows’ title were a clever idea but, despite a fun journey over the course of the show, lacked a strong payoff.

All three sold the shit out of the material with enthusiastic performances and lots of colour and movement. It’s a shame that the script didn’t live up to their sizzle.

After Dark is on at The Last Jar until April 4
http://www.comedyfestival.com.au/2014/season/shows/aardvark-mark-after-dark