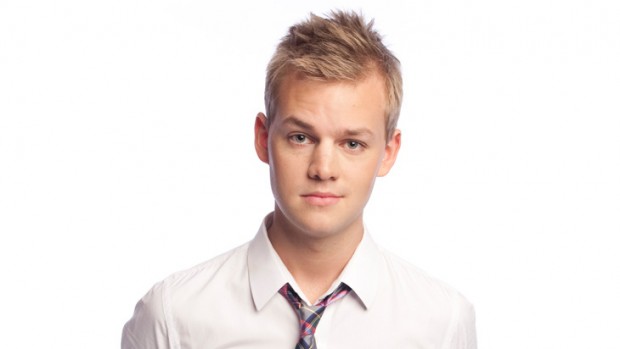 In this hilarious light-hearted show ‘Rock God’, Joel Creasey tells audiences about dating life, party life and tales of life as a fan-boy. He charms his audience with embarrassing encounters and run-ins he has had with his idols. He begins with a moving account of how his childhood hero, a Playschool host, let him down in his youth.

Creasey’s shows get bigger and better every year; he’s definitely one to keep an eye on. He recently supported Joan Rivers in New York City so you know he just has to be fabulous. The show is upbeat and perfect if you want to sit back and be absorbed by Creasey’s stories.

Creasey’s anecdotes are witty and fresh and his ability to transition from self-deprecation to sass in seconds is splendid. He has a sweet, whimsical demeanor as he proudly tells the crowd of instances where he channeled his inner bitch to deal with people giving him a rough time. In a nutshell, don’t throw shade or Joel Creasey will sleep with your Zumba instructor.

Creaseys is young, witty and current. The show is perfect for anyone who likes pop culture or grew up in the 90s. It’s great to see such a fresh comedian with the ability to engage with a sold out crowd using only a microphone and a collection of vibrant stories. Having said that, I would like to have seen just a little bit more Zumba.

Rock God is on at the Melb Town Hall – Powder Room and Swiss Club until April 20
http://www.comedyfestival.com.au/2014/season/shows/rock-god-joel-creasey