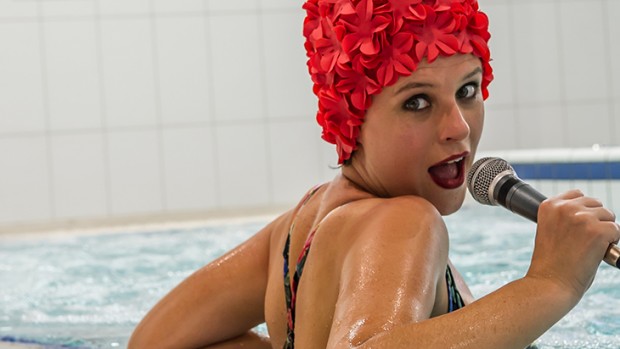 Eddo steps away from character sketch in this year’s show ‘It’s Eddo!’ and into stand up about herself, her life, and the weird and whacky world around her. Yet Eddo still explores through her stories some aspects of Australian archetypes; and like her previous work there is more than a song or two.

Eddo plays effortlessly with tension and release; with themes of humiliation and redemption. Her tales of her family, relationships, and life more broadly take us to places of cringe and relatability but then carries us safely to a place where we can howl with laughter and avoid expensive counselling bills after the show.

Eddo’s songs are awful. In a great way. Eddo’s first song is called ‘The Longest and Worst Song of All Time’. But that steals due credence to the other songs in the set. I’ve never witnessed an ambush encore before. Those things should come with warnings. Eddo’s musical abilities are terrifyingly joyful and joyfully terrifying.

It is rare to see a comedian this relaxed and in control on stage. It was a real treat. Eddo disarms her audiences instantly and we feel none of the ‘could this go wrong?’ tension you might get in other shows. Eddo is a true professional – this is a good show for the risk averse comedy goer. This is a deeply enjoyable experience. You’ll leave this show surprised, delighted, and a little bit disturbed. You couldn’t ask for much more from a night out at the Comedy Festival. Eddo is a furious force for good and a ripping delight to spend an hour with.

It’s Eddo! is on at Melb Town Hall – Portico Room until April 20
http://www.comedyfestival.com.au/2014/season/shows/it-s-eddo-anne-edmonds