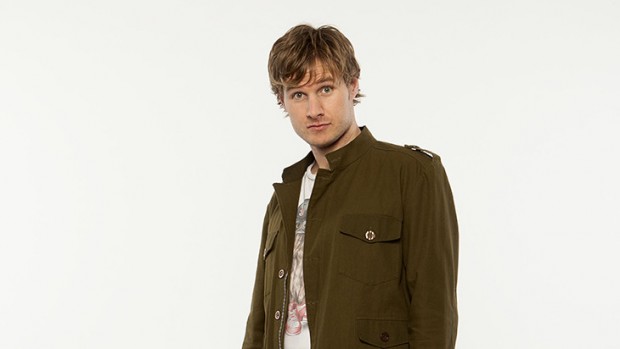 Damien Power tells his tale of a tangled liaison with an Estonian woman named ‘Keit’, who shortly after their break up reveals that she’s pregnant. What follows is a journey of frenetic indecision about what Damien should do, what he wants to do, and whether or not that is the same thing.

A lot of the narrative is built around how ‘crazy’ Keit is, though Power’s illustration of exactly what about her was so crazy was unconvincing. As the tale stumbles along more and more Estonian family members are inculcated in the plot, including Keit’s angry brother, and her warrior-esque father. Power seems to take a back seat to his own life decisions; uncertain, overwhelmed, flighty and impressionable.

Power never quite articulates the thoughts behind each of his decisions as the plot swerves to and fro as he tries to figure out what to do. Power’s go-to response to each new turn of events was articulated with the phrase ‘And I thought: Holy Shit!’; which must have made an appearance about nine times throughout the show. We don’t really learn what Estonia is like (though we are repeatedly assured it is ex-Soviet), what Keit thought through all this, how they reconciled their differences, or what his life is really like now. From a story telling perspective this show needs some serious mending of the plot holes.

Power also described his sexual relationship with his partner as like ‘sticking [his] dick in a hurricane’. For the audience members Power got onside with that sort of comedy, he lost just as many. When comedians hate on their partners it tends to reveal more about them and their life choices than their silent, forbearing partner.

Occasionally Power pauses his story to make observations about the Australian character and the evils of social trends like consumerism. These were dull and unimaginative. Dotted throughout there were a few very clever analogies and twists, though these weren’t enough to save the night.

There are sparks here and there, which with some work could be a fire. Sadly Power lacked punch on this evening.

Keit is on at Melb Town Hall – Lunch Room until April 20
http://www.comedyfestival.com.au/2014/season/shows/keit-damien-power