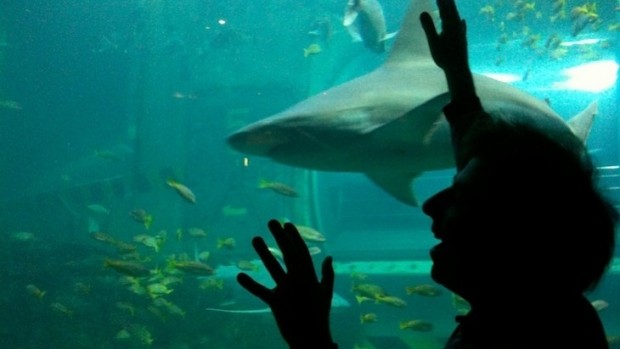 Now that’s an ambitious show title. And although O’Doherty admits, on one of his trademark whimsical ramblings, that world-peace and the solutions to life’s inherent mysteries are probably beyond the powers of a 38 year-old man and his keyboard, we don’t begrudge him some lofty ambitions. For God’s sakes, this is the man with Very Mild Super Powers, the DOD, the D-Dog, official leader and spiritual focal point of Team O’Doherty.

Yep, it’s fair to say that O’Doherty’s trademark “Very Low Energy Musical Whimsy” has built around it a certain professional mystique over the years. At one point during the show he even asks the audience for any requests of their favourite DOD tunes. For a comedian, that’s gangster.

One of the festival stalwarts, O’Doherty is not your typical Irish comedian. For those that haven’t had the pleasure, he resembles a bearded man-child that, depending on the context or the lighting, could either be a hat-less Steven Spielberg or a friendly, loveable vagrant. He’s got that lilting accent that makes things automatically 20% funnier, but if you can keep up with the scatter-brained rapid-fire delivery of his monologues, there’s some serious smarts going on too.

O’Doherty’s style is lamentation and observation in one; there’s that ‘But why Me?’ undercurrent on which we, as the audience, love to bob along. And hearing him wax lyrical about Lance Armstong’s drug betrayal (he’s taking it personally), getting his bike set on fire during a gig (“How do you even set a bike on fire?”) and the essential wankery of the people on Grand Designs, all while hammering the poor keys of his Yamaha keyboard like some demented organist, is nothing less than pure comedy gold.

David O’Doherty Will Try To Fix Everything is on at the Forum Theatre – Upstairs until April 20
http://www.comedyfestival.com.au/2014/season/shows/will-try-to-fix-everything-david-o-doherty