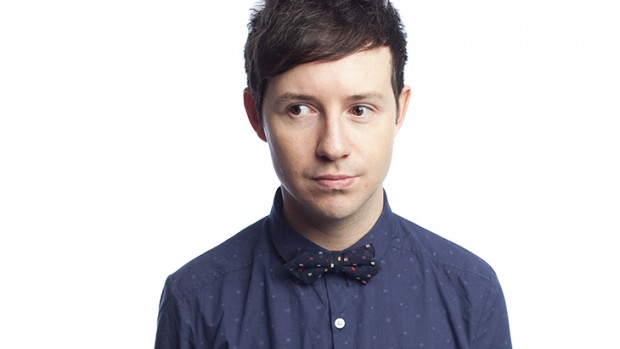 In this witty hour of entertainment, Nath Valvo chronicles stories of growing up and his journey to find a date to his brothers wedding so as to avoid the dreaded singles table. Valvo begins the show by engaging in some small talk with the audience. He is a joy to watch and has a charming cockiness about him that adds to his appeal.

The stage is adorned with three bright red mailboxes. As he tells anecdotes from different stages of his life, starting with his childhood in Greensborough, he moves along the mailboxes. He recites various things like love-letters he wrote as a child and responses he received to his ad on flat mate finder. He builds a good rapport with the audience through interaction and at various points in the show, invites certain audience members up on stage.

Valvo is confident in his physicality and its nice to see a stand-up not just playing their self but also making bold choices with delivery for example when he’s talking about other people, he embodies their demeanor which embellishes the story and adds comedic value.

The show is about being a kid in the nineties and being single at thirty, with insights into the gay dating scene. He tells one particular hilarious story about a first date with a man he nicknamed McDreamy that took a turn for the horrible. Valvo’s comedy is honest, brazen and full of energy.

Boy Next Door is on at the Melb Town Hall – Backstage Room until April 20
http://www.comedyfestival.com.au/2014/season/shows/boy-next-door-nath-valvo

Boy Next Door is on at Melb Town Hall – Backstage Room until April 20
http://www.comedyfestival.com.au/2014/season/shows/boy-next-door-nath-valvo