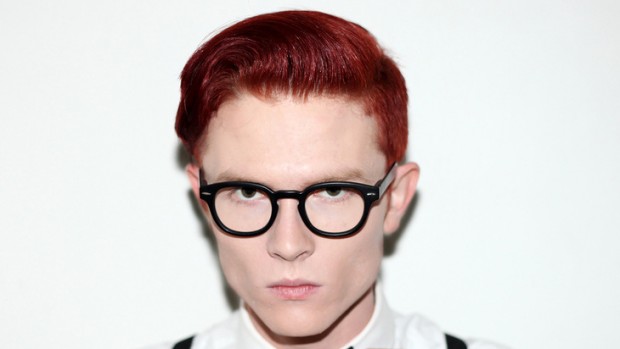 Before he even stepped on to the stage at the Portland, Rhys Nicholson was in control of his audience, coaxing them from behind the curtain to sit in the front row. From that moment, he never lost them. Eurgh is a solid hour of belly laughs that will leave your face in pain from grinning.

Whether talking about touring or growing up with his grandma, Nicholson is quick-witted and pleasingly cynical, with a steady undercurrent of filth. His material is incredibly strong and delivered with the confidence of an old hand. At no point are you left in doubt that the self-dubbed ‘Mama Showbiz’ belongs on that stage, and should be playing on much bigger stages in the near future.

While Eurgh has its fair share of cock jokes (and really good ones at that), underneath it all the show is sweet and altogether warm and fuzzy. At its heart are stories about the people who are there for Nicholson and the people – and animals – Nicholson cares about. A lot of this show is about growing up and reaching that point where you re-evaluate where you stand. We hear how Nicholson’s young life was shaped by his nanna, how pets have taught him to be protective of others and plenty of anecdotes about questionable choices he’s made. But again, just to be clear, this is heartwarming filth. You’ve got to be willing to take the fisting jokes with the emotional finales.

Nicholson is one of the most impressive young stand-ups around and Eurgh is a show with as much polish as his glittery fingernails. This has gone straight to the top of my list of Festival favourites. Bring along a spare 20 bucks and you can buy a rather snappy hand-made bow tie from Nicholson after the show.

Eurgh is on at the Portland Hotel – Gold Room until April 20
http://www.comedyfestival.com.au/2014/season/shows/eurgh-rhys-nicholson