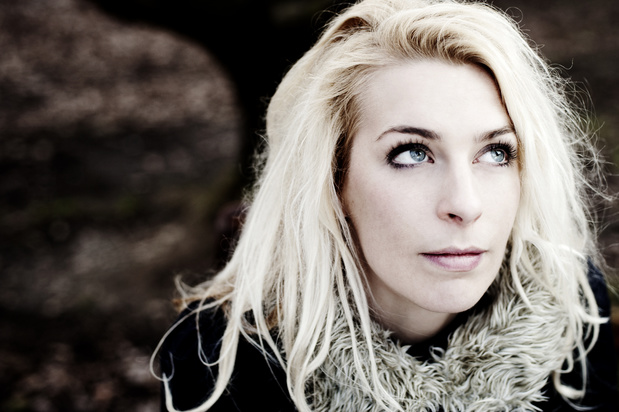 Sara Pascoe is strange. It took a while for me to warm to her, especially after she opens with a convict joke but it’s a set up for later on when she admits ‘I like to say something at the beginning that means I have to win the audience back’. It worked and she proved to be an intelligent, fascinating and slightly unhinged performer who was fun to spend an hour with.

There are lots of weird aspects to Sara Pascoe vs The Truth, I always worry about comedians when they brag about drinking too much, she also goes through some irrational fears, and worrying paranoia. I enjoyed a rant against hairdressers that led to her having to cut her own hair and her horror gig story garnered a lot of sympathy from the audience.

The topics Sara covers are a bit all over the place but the audience can’t miss the major theme for this show. It’s written on the Tshirt Sara had especially printed and is wearing; “There are no facts, only interpretations.” – Friedrich Nietzsche. She repeats this throughout the show and it often makes a good punchline. There are actually a lot of surprisingly intellectual moments throughout the show. She also becomes gradually more political, but never hits you over the head with her ideas.

Sara Pascoe is clearly very experienced at stand up from the UK and keeps the audience laughing throughout. She is more of a joke teller than a story teller in that the stories feel like they are there for the jokes rather than because she wants to share a tale with us and there is no overarching tale as such. That’s not to say that there isn’t some form of structure, with her repeated quote reminding audiences to ask where the truth lay in her words.

It’s hard to know if the drunken, rude, paranoid side of Sara is a character she puts on for the audience or not. That’s a more acceptable type of comedian than a brilliant, erudite, feminist, philosopher, perhaps. Sara Pascoe vs The Truth is definitely a show I would recommend to audiences with open minds who enjoy something a bit skewed. Certainly one to take your friends to who like something smart and different.