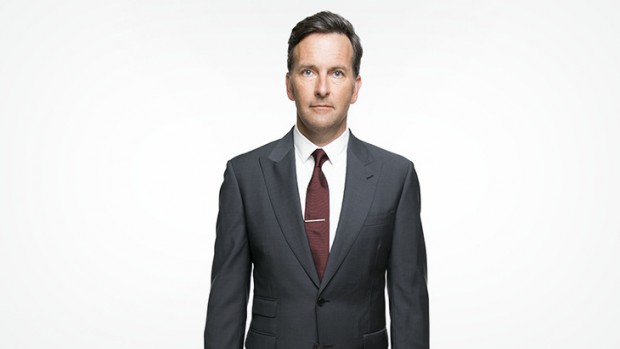 “Take a chance you stupid hoe” modern day Shakespearian Gwen Stefani once said. It’s this inspiring line taken from her song “What you waiting for” that Colin Lane uses as his mantra, his reason to give it his all and “decide to try”.

After a four year absence, and some gruelling daytime cooking show hosting (which he appreciates, don’t get him wrong), Colin Lane is back at the Melbourne International Comedy Festival with his new show Colin Lane Presents. And what Colin presents is a hour of wonderfully awkward, self depreciating and angry silliness.

The show starts off with Colin at his awkward best, standing atop his piano with his head obscured by the top of his stage, wondering how to gracefully continue. After a dragged out barrage of oh’s, ah’s, um’s, some fidgeting and a pair of scissors, Colin is revealed. There’s spatterings of laughter throughout the ordeal, and the audience is a little slow to warm to it all. But once the show moves on, and grows more and more wonderfully and intentionally off track, the punters jump on board.

There’s beautifully irreverent silly songs plus hilarious observations on that little car voice we all put on when no one can here us, the point of backwards type on Ambulances (or Ecnalubma’s) and whether hating dogs makes you an arsehole. It’s the little things in life that Colin likes to dissect, rather than big scary complex stuff, but backed by Coin’s childlike enthusiasm you’ll be as focused on them as he is, laughing all the way.

Towards the middle of the show, that patented funny-awkward kicks into overdrive after a ‘botched’ routine and nervy-angry one way argument with his technical director Jane (not her real name, she wouldn’t tell him her real name). After she gets up and leaves, Colin is left to run things himself; his fiddling and padding becoming the show. It’s a clever ploy, and a goldmine for material, although things do border on becoming a little too real at times, awkward wise.

As good as Colin’s material is, it’s his facial expressions, physicality and off the cuff stuff that really pack a comedic punch. There was a moment in this show where he interacted with a punter who got a bemused stare-down that had the audience in hysterics. That’s the stuff you can’t learn, you’ve either got it or you don’t, and it’s a great trick to have up your sleeve to pull an audience back.

The show ties up nicely as Colin returns to that Gwen Stefani mantra to pull himself though and get that re-railed train back on track.

Presents is a simple idea, executed brilliantly by a naturally gifted performer. If you’re after laughing without too much thinking, Colin’s your man.

Although the show should of been called ‘Take a chance you stupid hoe’, really.

Colin Lane Presents is on at the Melb Town Hall – Regent Room until April 20
http://www.comedyfestival.com.au/2014/season/shows/presents-colin-lane